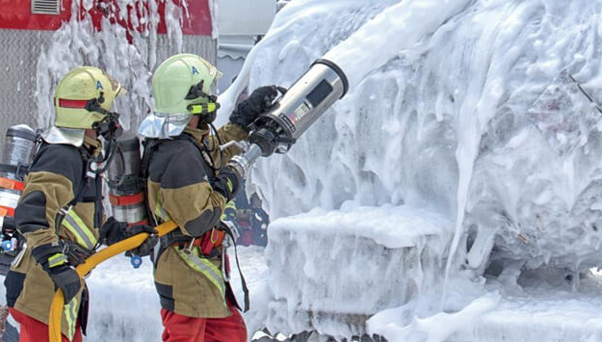 Aqueous film forming foam is a highly efficient type of fire suppressant used in training by the military for decades and considered more effective than water to extinguish petroleum-based fires. All AFFF products contain PFAS which some researchers suggest having been linked to cancer and other health conditions.

Perfluoroalkyl and polyfluoroalkyl substances (PFAS) are a group of man-made chemicals used in a wide variety of manufacturing processes, including the manufacture of liquid repellants, coatings, surfactants, food packing, and fire-retardant foams. Firefighting foam has been used for decades to fight for training or testing purposes and as a fire suppressant at airports for incident response. Although highly effective for fighting flammable liquid fires, these synthetic chemicals pose potential adverse effects for human health given their toxicity, mobility, and bioaccumulation potential. Consequently, an emerging focus is directed towards their widespread environmental contamination and potentially serious and costly health effects.

What are the possible health effects of exposure to PFAS?

According to the U.S. Environmental Protection Agency, PFAS are considered emerging contaminants, posing a real threat to human health or the environment. PFAS have been linked to a wide range of serious diseases, some of which can occur at very low levels of exposure.

Contamination of groundwater supplies that may be used as drinking water 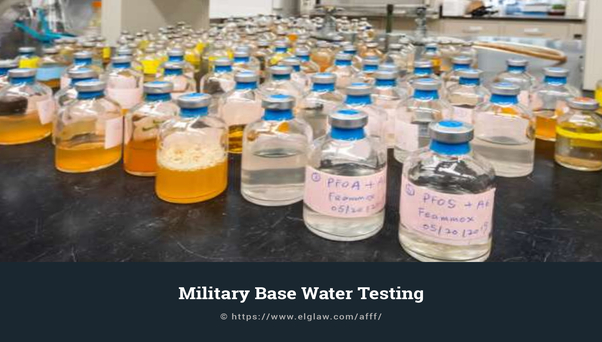 Firefighting foams - mainly used at airports, military bases and industrial locations, have chemical properties and propensity to migrate into groundwater supplies in many places in the U.S. and throughout the world. Water and soil near military bases are rich in PFAS because of fire-fighting foams sprayed there during training exercises. Due to the strength of multiple carbon-fluorine bonds, PFAS are chemically and biologically stable and highly resistant to environmental degradation. Toxicology studies show that PFASs are easily absorbed after oral exposure and accumulate in the human body for long periods of time.

Across the country, families are exposed to dangerous chemicals in their water - and the families most at risk are those living in or near areas with frequent PFAS manufacture, disposal, or use such as firefighting training areas, aircraft crash sites, military airport hangars, chemical plants, oil refineries, or flammable liquid storages. In addition to industrial production facilities and military bases, contaminated sites in the U.S. include landfills, hospitals, and schools. All of these large institutions use foams or cleaning supplies that contain PFAS.

Since you cannot see, taste, or smell PFAS, the only way to know your water is safe to drink is to have tested by a certified laboratory. We highly recommend you to follow your state's water testing guidelines, and if you are near a contaminated site, or have a specific concern, then test for those additional items as well. If your drinking water has been tested and found to be contaminated above levels specified by the EPA or your state government, we recommend not using your water for drinking, food preparation, cooking, brushing teeth, preparing baby formula, or any other manner of ingestions. The contaminated water shouldn't even be used to quench your garden and seedlings, because PFAS can be absorbed into vegetables you eat.

Have you been affected by PFAS exposure? We can help you

It is estimated that since the 1960s, tens of thousands of new chemical compounds have been developed and dispersed into the environment, making dangerous chemical exposure more likely. Once an individual has been exposed to a toxic chemical, it can impact virtually every system in the body, resulting in both short-term and chronic health consequences.

If your health problem includes kidney, testicular, or pancreatic cancer, it may be associated with exposure to PFAS, based on scientific evidence from human studies, you are entitled to receive compensation for your lost wages, pain, suffering, and medical expenses.