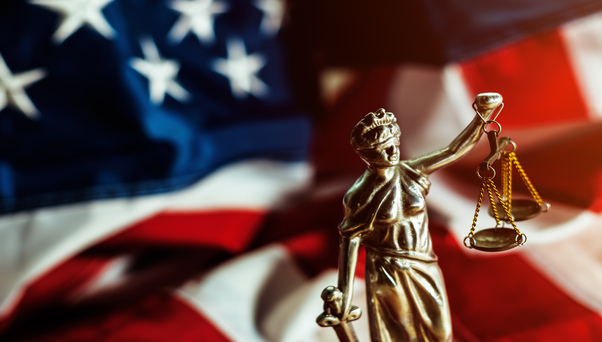 The Camp Lejeune Justice Act enables veterans, family members, and civilians who spent time at this military base to seek compensation from the U.S. government. Before the bill was signed into law by President Joe Biden, veterans could only get VA benefits, and the other toxic exposure victims had no right to legal recourse.

On March 26, 2021, the Camp Lejeune Justice Act was introduced by Representative Matt Cartwright of Pennsylvania and 14 other authority figures across the country with the purpose of offering veterans affected by military toxic exposure a way of seeking reparations outside the VA. Before this bill was proposed, veterans struggling with debilitating health problems as a consequence of their stay at the military base could only apply for VA disability compensation and healthcare benefits.

Although the presence of toxic chemicals such as trichloroethylene, vinyl chloride, perchloroethylene, and benzene was first discovered in 1982, it was only in 2012 that Camp Lejeune veterans were finally able to apply for VA benefits. This was possible by virtue of the Honoring America's Veterans and Caring for Camp Lejeune Families Act. Still, most veterans seeking disability compensation have their claims wrongly rejected by the VA - currently, only 17% of these claims are approved.

The reason why so many veterans suffering from crippling, life-threatening diseases are denied the compensation they deserve and need is that the VA has been employing so-called "subject matter experts" to evaluate their claims. In reality, the reviewers were general and preventive medicine doctors who lacked the necessary experience and expertise to assess the complex health problems toxic exposure at Camp Lejeune may cause.

On August 2, 2022, the Senate voted to pass the Camp Lejeune Justice Act with a vote of 86-11. Naturally, the progress was applauded by Representative Matt Cartwright and Representatives Greg Murphy and David Price of North Carolina, who had been supporting the bill since the beginning. "We failed our veterans, and it is up to us to make it right. Our bipartisan bill eliminates burdensome red tape to ensure that those exposed to toxic chemicals, including servicemembers, Marine dependents, civil servants, and contractors, can receive their day in court," said Representatives Greg Murphy.

Not only does the Camp Lejeune Justice Act enable veterans to request financial compensation from the U.S. government in addition to their monthly disability compensation, but it also allows civilians whose health was impacted by toxic exposure at the military base to take legal recourse. Before this bill, non-military toxic exposure victims were not entitled to any form of compensation. These are the most important changes the Camp Lejeune Justice Act brings about:

On August 11, 2022, the Camp Lejeune Justice Act was signed into law by President Joe Biden, who had previously expressed his support for the bill, and is now part of the Honoring Our PACT Act. "The PACT ACT is the least we can do for the countless men and women who suffered toxic exposure while serving their country," he said at the signing. It is worthy of note that the Camp Lejeune Justice Act also overrides a North Carolina law that prohibited claim filing 10 years after diagnosis. This law prevented many veterans from exercising their constitutional right to financial compensation.

With over 25 years of experience in pursuing compensation for toxic exposure victims, our legal team has the necessary knowledge and resources to assist you with filing your claim. If you spent at least 30 consecutive days at Camp Lejeune between 1953 and 1987 and came to struggle with a disease caused by toxic exposure, our attorneys will promptly offer you the help you need. To file a claim as a veteran, you will only have to send us your military records, which you must retrieve, and your medical records.

The family members of veterans whose health was compromised as a result of their stay at Camp Lejeune will have to provide our skilled legal team with evidence of their time spent at the military base and also their medical records. Following a thorough evaluation of your case, we will determine whether you qualify for filing a claim. If you do, our attorneys will begin preparing it for submission as soon as possible. Eventually, you will obtain the maximum compensation you are entitled to.