Studies show that the toxic compounds known as PFAS estimated to be in the drinking water of over 110 million Americans, may affect infant growth, lower a woman's chances of getting pregnant, affect the immune system and interfere with natural hormones.

PFAS, or per- and polyfluoroalkyl substances have been found in drinking water across the country and many families are finding out that they've been drinking the toxic chemicals for decades. These chemicals don't easily break down, and they can persist and accumulate over time in humans, animals, and the environment. As a result of their pervasiveness, more than 90 percent of the U.S. population has PFAS in their bodies, according to the Center for Disease Control and Prevention. 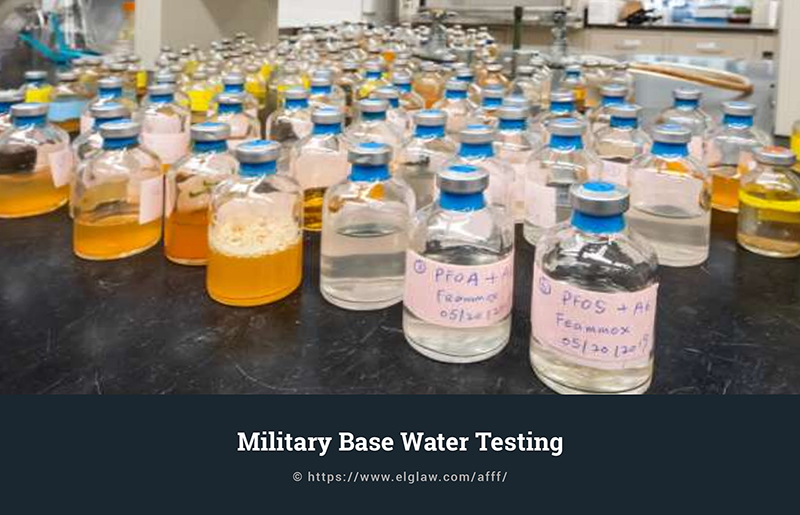 Due to characteristics such as persistence and solubility, the biggest threat of high exposure is through drinking water. Today, many sources have been found to contribute to PFAS present in lakes, rivers, or groundwater and municipal water supplies that may be used as drinking water.

The major source of the chemical contamination comes from the aqueous film-forming foam (AFFF) routinely used to train soldiers to extinguish aircraft fires at U.S. military bases. For decades, the U.S. military has used firefighting foam in training exercises, leading to contamination on military bases along with industrial plants, commercial airports and firefighting training sites around the country through direct AFFF runoff. The Environmental Working Group, a food advocacy organization, identified at least 712 documented cases of PFAS contamination across 49 states, as of July 2019. Included in this number is the contamination of 401 military installations, some of which contained a PFAS detection level of more than 14 times the health advisory limit set by the EPA.

Through environmental contamination, PFAS can enter the food chain, for example, crops grown in potentially contaminated soils or irrigated with contaminated water. PFAS can also migrate into food from certain food contact materials such as grease proofing agents in paper and paper board packaging.

Since PFAS are used for many purposes, there are other factors that can contribute to PFAS contamination to a lesser extent. For example, clothes treated with PFAS will leach more PFAS out into the drain and possibly into the groundwater, with ever laundry cycle.

Scientists have known about the toxicity of PFAS for decades. However, health problems linked to PFAS have only become public knowledge when fluorine was discovered in the bloodstreams of people who weren't working with the chemical. Some people might have relatively high amounts of PFAS in their blood, but not have adverse health effects, while others might be more susceptible. Thus, children are more susceptible and vulnerable to PFAS exposure because they have higher body burdens than adults and their endocrine and immune systems are still being formed and are especially sensitive. Increasingly more studies suggest that certain PFAS may increase the risk of kidney and testicular cancer, reduce immune responses in children, and interfere with the body's natural hormones.

Get More Information About Negative Impacts of PFOA and PFOS From Our Free Guide.

Our role in the toxic PFAS chemical crisis

For families who live in areas where one of their drinking water sources has high levels of PFAS, there is a really strong demand for information. Unfortunately, members of the military and their families have gotten insufficient attention in the conversation about water pollution and toxic contamination. If you suspect that your community's water has been contaminated with PFAS, we recommend residents to test their drinking water for PFAS using a certified laboratory. We are ready to help community groups clarify questions and recover the financial compensation they deserve.