Madison County Filed 29% of All Asbestos Cases in the U.S. Within the First Six Months of 2016 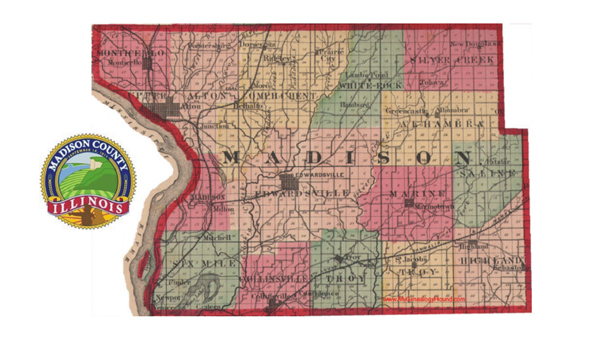 Despite the fact that John Cooney's presidency ended on June 5, 2015, the number of asbestos cases brought to Madison County has not decreased. On the contrary, 619 suits have already been filed within the first six months of 2016.

Madison County, Illinois had filed an astounding number of 1,012 mesothelioma cases in 2015, which represented nearly half of all the asbestos-related lawsuits in the U.S. at that time, and continued to receive hundreds of requests in 2016 as well. By July, Madison County had already filed 619 asbestos cases, according to a survey conducted by consulting firm KCIC. This accounts for 29% of the entire number of legal cases concerning asbestos exposure in the U.S.

The Truth About Asbestos Lawsuits in Madison County

With over a thousand cases filed, Madison County led the country in asbestos lawsuit filings in 2015. However, attorney John Cooney, who is also the president of the Illinois Trial Lawyers Association and manages a significant portion of asbestos cases himself, failed to include these figures in a statement he released on April 29, 2015. Here are some of the instances and quotes of the report:

"Madison County is a huge county with historically large concentrations of industry", the lawyer wrote. But, according to the results of the most recent stats, only 2% of Illinois residents live in Madison County and the majority of its historic industries have no connection with asbestos whatsoever.

"Defendants sued in Madison County typically are directly connected to that county by virtue of having their principal place of business, a sales office, corporate headquarters, warehouse, factory or distribution center there", Cooney insisted, but this could not be further from the truth as far as asbestos lawsuits are concerned. Only 6% of the total 1,224 asbestos lawsuits were filed by Madison County residents in 2015. Most of the plaintiffs came from other states, while nine of them were not even U.S. residents, having traveled from countries such as Canada, Germany, the Philippines, and Puerto Rico.

John Cooney also stated that asbestos cases represented only a fraction of all the legal cases handled by Madison County in 2015. In fact, nearly 75% of the 3,993 suits filed throughout 2013 and 2014 are represented by asbestos cases. Moreover, the attorney opposed the civil justice reforms proposed by Bruce Rauner, the Governor of Illinois.

Rauner's proposal was aimed at drastically reducing the enormous number of asbestos lawsuits filed by Madison County and entailed stricter liability and proximate cause standards. It also provided that costs and fees could be awarded to attorneys by a court in accordance with the dismissal, as well as that a defendant who would like to be transferred to another forum must accept service of process and comply with the statute of limitation specific to the state which takes over their case. Nevertheless, the bill failed on May 28, 2015, in the Senate Judiciary Committee. It was voted against by eight Democrats and only supported by four Republicans.

Why Is the Highest Number of Cases Filed in Madison County?

There are two reasons why so many people choose to file their asbestos case in Madison County:

"People aren't coming to Madison County because they like the burgers. They're coming there because they believe that there's a realistic chance that they're going to have a favorable outcome in their asbestos case", Travis Akin, Lawsuit Abuse Watch Executive Director, said. He believes that the symbiotic relationship between judges and lawyers, who significantly contribute to the former's campaign, is the primary reason why there is such a tremendous number of asbestos cases processed by Madison County. "Money generated from these asbestos cases is then used to leverage campaign donations to judges, and it's become a never-ending cycle", Akin explained.

Despite the fact that John Cooney's presidency ended on June 5, 2015, the number of asbestos cases brought to Madison County has not decreased. On the contrary, 619 suits have already been filed within the first six months of 2016, with New York County, which processed 184 asbestos cases throughout the same span, coming in second. For Lawsuit Abuse Awareness Week, which took place at the beginning of October 2016, Travis Akin prompted all voters to make well-informed decisions and elect judges who will prevent the number of asbestos lawsuits from escalating in other states as well.

Filing a Claim for Asbestos Exposure

Ever since 1920 studies have shown a strong link between serious lung diseases and asbestos exposure. During WW2, asbestos use has seen exponential growth in the US, until the 80s when its use was regulated. Asbestos-related diseases can take a long time to start showing signs, and they can develop even after the exposure has stopped. We strongly recommend frequent check-ups in order to catch any abnormality early on. For this purpose, we offer screenings free of charge. Our specialists will analyze your latest chest X-ray and determine whether or not there is a cause for concern.

Our team of highly trained lawyers has been working with asbestos cases ever since 1990, helping thousands of victims file claims and get compensated. Contact us if you need to learn any further information about this process and we will gladly provide the help to move forward and receive compensation.