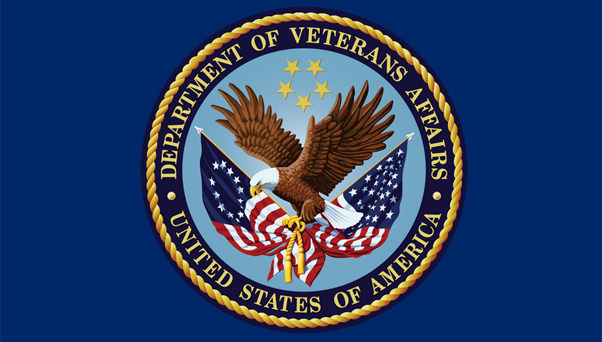 The U.S. Department of Veterans Affairs (VA) provides a series of financial benefits for veterans who developed mesothelioma, including disability compensation and health care, as well as dependency and indemnity compensation. Learn about financial help, available benefits, eligibility and how to file a claim.

Veterans represent the largest group of people who suffer from mesothelioma, accounting for 30% of all diagnosed cases. Due to the prevalent use of asbestos in the military, particularly in the U.S. Navy, vets who served between 1930 and 1975 are at a high risk of developing this form of cancer. The U.S. Department of Veterans Affairs (VA) provides a series of financial benefits for veterans who developed mesothelioma, including disability compensation and health care, as well as dependency and indemnity compensation.

Exposure to asbestos is currently the only known cause of pleural mesothelioma, a very rare and aggressive form of cancer occurring on the outer lining of the lungs, heart, abdomen or testicles. The main risk factors for developing mesothelioma include working in a high-risk occupation or serving on military ships or in facilities built with products containing asbestos.

Many of the symptoms of mesothelioma are the same as those likely to be caused by other conditions, so they can be easily mistaken for the signs of non-malignant respiratory conditions such as pulmonary fibrosis, diffuse pleural thickening, emphysema, chronic obstructive pulmonary disease, bronchitis or other bronchial infections. It would not be unusual for mesothelioma to be misdiagnosed as lung cancer either, because both resemble each other in terms of symptoms.

Can Veterans Claim With the VA for Mesothelioma?

Veterans who served in the U.S. Military between the 1930s and mid-1970s and got sick with mesothelioma or another type of asbestos-related disease can get an asbestos claim approved with the VA.

In your asbestos claim, you must make the case that active-duty exposure caused the asbestos disease. The VA will examine the asbestos exposure that occurred both pre- and post-service. VA automatically accepts asbestos exposure as the only cause of mesothelioma. But in general, VA will also look at your medical records.

The VA does consider other money you receive from the government, as their interest is to prevent anyone from being compensated twice by the government for the same illness. Money received through the legal system does not affect your VA benefits.

Also known as mesothelioma compensation funds, asbestos trust funds were created by bankruptcy courts as a way for injured claimants or their family members to seek compensation for personal injury or wrongful death. Asbestos funds are managed by boards of trustees who are required to ensure the funds make appropriate payments to all qualified victims of asbestos-related injuries without the hassle of going to trial.

What VA Benefits Can Veterans and Family Members Get?

Veterans diagnosed with mesothelioma can seek a variety of benefits including:

In order to receive financial compensation, veterans and their families must meet a series of eligibility requirements.

How to File a VA Claim for Mesothelioma

Filing a VA asbestos claim is a complex process. The good news is that you can work with a legal professional to get help gathering supporting documents and filing a claim for compensation.

How Do You File Your Application?

The VA reviews the forms submitted and decides on your claim on an average of 82.4 days. If you start your application and need time to gather more evidence, you have up to a year from the date the VA receive your claim to turn in additional documents.

Asbestos trusts use 'disease levels' to ensure that the limited amount of money in the trust is paid out fairly. As such, a veteran's compensation will depend upon the level of the disease. Mesothelioma is on top of the list, while non-malignant diseases have been deemed to cause the least distress to asbestos victims.

Disease levels in order of the most severe to the least severe condition:

It is important to highlight the fact that asbestos trust funds payouts depend primarily on the severity of your diagnosis. Thus, a false diagnosis may lead to recovering a smaller amount of money from asbestos trust funds than you are entitled to. Up to 32% of people who were suffering from mesothelioma were diagnosed with a different disease before receiving the correct diagnosis. We strongly encourage you to seek the opinion of at least two medical experts, preferably from medical professionals specialized in asbestos-related diseases.

What Military Branches Were Most at Risk of Asbestos Exposure?

Asbestos, a group of naturally occurring toxic minerals, deemed carcinogenic by numerous government agencies in the US, was widely used after the Industrial Revolution due to its heat and chemical resistance, durability, and inability to conduct electricity Asbestos is estimated to have been a raw material used in over 300 products in the U.S. Military until the mid-1970s. Thus, thousands of veterans are suffering nowadays from mesothelioma and the number is constantly increasing. However, it is worthy of note that the U.S. Military was not directly responsible for exposure since a large number of manufacturers withheld essential information regarding the dangers of asbestos dust.

It was not until the early 1970s that the tremendous health risks of asbestos exposure were discovered and properly assessed. Preponderantly used in construction and various industries such as automotive, asbestos was also used in the U.S. Military. Due to its heat resistance and low costs, asbestos was present in all types of insulation required by various military applications. Tanks, ships, aircraft, and barracks, as well as multiple other transport vehicles, were all lined with a protective layer of asbestos, which would prevent them from catching fire. Asbestos was used by all branches of the U.S. Military, being more prevalent in the Navy.

Although virtually every member of the U.S. Military was exposed to asbestos between the 1930s and 1970s in one form or another, for short or prolonged periods of time, there is a series of occupations, which place veterans at a significantly higher risk for being diagnosed with malignant mesothelioma. Asbestos was extensively used for its practical properties, convenient cost, and accessibility within all branches of the military. However, these toxic minerals tended to be more common in certain materials. Therefore, mesothelioma cancer is more prevalent in veterans whose job involved frequent contact with asbestos-containing materials.

Veterans who served in the U.S. Navy have the highest risk of developing mesothelioma since asbestos was significantly more common in this branch. The vessels were permanently packed with asbestos-containing materials and the toxic minerals were also frequently used for shipbuilding, maintenance, and repairs. Moreover, starting with 1938, layers of asbestos would also protect a ship's walls, engine rooms, doors, flooring, and piping. To make matters worse, the production of asbestos-laden vessels by the U.S. Navy increased dramatically as World War II was approaching. Thus, due to the extensive use of asbestos, navy veterans who were active between 1938 and the early 1990s are particularly more prone to being affected by mesothelioma. Jobs on Navy ships that put veterans at risk of mesothelioma:

Asbestos was present both in aircraft and military bases in the U.S. Air Force. In 2002, a study conducted by The Centers for Disease Control and Prevention confirmed the prevalent use of asbestos in U.S. Air Force facilities. The carcinogen was discovered in pipe insulation, ceiling tiles, cement wall insulation and floor tiles in multiple military bases. However, aircraft were not safe either, as asbestos would fireproof gaskets, brakes, engines, electrical wiring and torque valves. Additionally, civilian contractors who were assigned jobs in Air Force bases might have been exposed to asbestos as well. The following Air Force jobs are associated with a particularly increased risk:

The U.S. Marine Corps was not protected from asbestos either. Although exposure occurred on the ships, aircraft and armored vehicles they used, it was their association with the U.S. Navy, which entailed the highest risk. The wide prevalence of asbestos in various components of the ships, which transported the Marines during the second half of the 20th century, along with poor ventilation, represented a hazardous environment, responsible for numerous cases of mesothelioma among veterans nowadays. Moreover, the U.S. Marine Corps was also in contact with the toxic minerals on land, since the heat resistance of asbestos made it a very suitable material for bedding and piping insulation. Some of the high-risk Marine Corps jobs included:

For the majority of the U.S. Military branches, exposure to asbestos would occur during the 20th century, when its use was extremely widespread, as the severe health dangers associated with this group of minerals were still unknown. However, the U.S. Army is an exception in this respect. Even though exposure happened between the 1930s and the 1970s to a great extent, there is also a more recent risk involved. Veterans who served in the Iraq war may have been in prolonged contact with asbestos, which was used by various companies for construction. During the last century, the carcinogen has had similar purposes within the U.S. Army, being incorporated in insulation, flooring, plumbing systems, and roofing, as well as in-vehicle components such as clutch plates, brake pads, and gaskets. The following Army jobs put veterans at a very high risk of developing mesothelioma:

The vessels and aircraft which were used by the U.S. Coast Guard to ensure maritime security and safety were also built with asbestos-containing materials and products. Even though the number of veterans diagnosed with mesothelioma who served as coast guards is lower than the figures for the other U.S. Military branches, the frequency of exposure to asbestos was relatively similar in their case as well. The reason why there are fewer cases of diagnosed mesothelioma among this group of veterans is related to its reduced size, the U.S. Coast Guard representing approximately one-tenth of the U.S. Navy. World War II implied a particularly increased risk for asbestos exposure and veterans who were active within the U.S. Coast Guard during that time span are thus more likely to develop mesothelioma. Jobs at high-risk included:

When you get diagnosed with a devastating disease such as mesothelioma as a consequence of past asbestos exposure, your first concern will probably be to get effective treatment as soon as possible. In order to receive compensation, you have to file a claim with the asbestos trust fund set up by the company responsible for your injury.

An experienced attorney specialized in asbestos litigation cases can speed up the process significantly. Attorneys at Environmental Litigation Group, P.C. have recovered $1.4 billion for over 25,000 asbestos victims and their families. If you are struggling with mesothelioma which developed as a result of workplace exposure, do not hesitate to contact our team and we will explain the procedures and possible limitations on what you may recover from a trust claim. With minimal effort on the part of the veteran, we can provide a clear path through the process and can also negotiate with the trust funds to obtain the maximum compensation for you.