More about asbestosis being misdiagnosed as chronic bronchitis 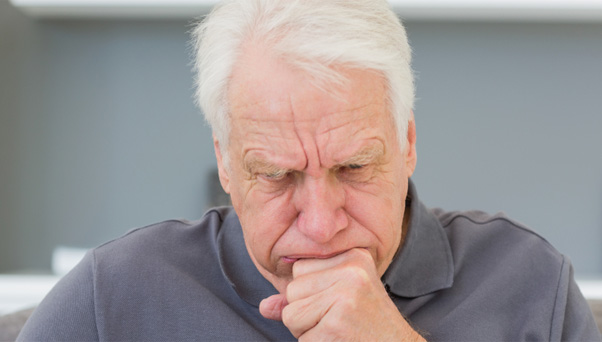 Asbestosis is a chronic obstructive lung disorder that develops as a result of inhaling asbestos fibers over a long period of time. Considering that symptoms of lung diseases that are connected to asbestos exposure are very similar to those of more common pulmonary diseases, misdiagnosis is quite frequent.

The patients suffering from asbestosis are prone to develop other respiratory conditions such as bronchitis and pneumonia as a complication. Sometimes, asbestosis could be misdiagnosed as chronic bronchitis, which eventually causes the worsening of asbestosis symptoms due to inappropriate treatment.

Why is asbestosis misdiagnosed as chronic bronchitis 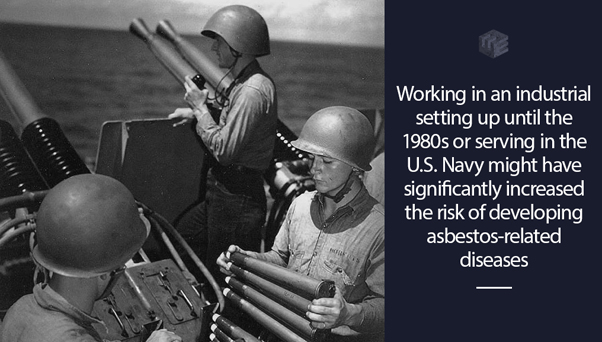 Working in an industrial setting up until the 1980s or serving in the U.S. Navy might have significantly increased the risk of developing asbestos-related diseases, specifically asbestosis, considering the fact that the measures of precaution taken to prevent the inhalation of asbestos fibers were poor.

Symptoms of lung diseases that are connected to asbestos exposure are very similar to those of more common pulmonary diseases.

As a consequence, misdiagnosis is quite frequent among victims exposed to the carcinogenic mineral.

Having a correct diagnosis is important not only for recovering the compensation you deserve but also for receiving appropriate and effective treatment. Diagnosing asbestosis is a difficult task as it presents a lot of symptoms that are similar to chronic bronchitis. The overlapping signs and symptoms are:

Gradually, once your lungs become even stiffer, you may notice that you start breathing fast. Similarly, people with chronic bronchitis do have breathing difficulties that progressively become worse over time and long-term productive cough. For this reason, asbestosis may be mistaken for chronic bronchitis during the initial stages.

Getting a second opinion from a specialist in asbestos-related diseases

Misdiagnosis is quite common and is more likely to happen when you and your doctor ignore the past history of asbestos exposure. Doctors often tend to attribute your asbestosis symptoms to another condition such as chronic bronchitis. This happens because asbestosis is a rarely occurring disease and doctors often tend to diagnose common conditions that have a higher rate of occurrence. Misdiagnosis can have a significant impact on your health as it delays proper treatment.

It is important to note that if you have symptoms of breathlessness and persistent cough, particularly, if you have smoked or have been exposed to asbestos in the past, you need to be screened for both asbestosis and chronic bronchitis. In addition, a second opinion is always recommended as it plays an important role in deciding the correct diagnosis and the most effective treatment method. Also, you will be able to recover the rightful amount of compensation from the asbestos trust funds.

Victims of asbestos exposure may be eligible for compensation 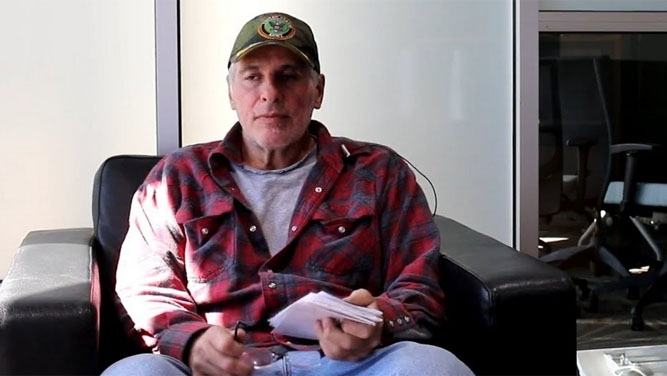 The use of asbestos in various industries was prevalent before the mid-1980s, the dangers of asbestos were carefully covered up by companies. Between the 1920s and the 1980s, people who worked in construction, maintenance, heavy industry, and military were in contact with high concentrations of asbestos.

If you have been diagnosed with asbestosis or chronic bronchitis, a type of chronic obstructive pulmonary disease (COPD), which can be linked to previous asbestos exposure at the workplace, our experienced asbestos lawyers will see if you have a case and can file an asbestos claim to recover financial compensation. We work on a contingency fee basis at a standard rate of 40%. We only collect that fee once we successfully recover compensation for you.