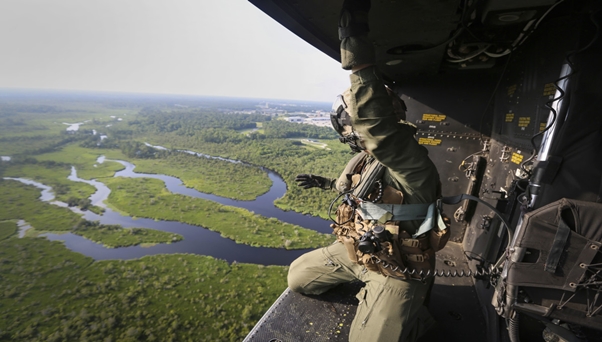 For decades, the damage from the health-hazardous contaminants has slowly crept into the lives of active component service members and their families (spouses and children) stationed at military bases all across the nation, causing a variety of horrific health problems, the extent of which is still being uncovered.

Some military bases rank among some of the most polluted places globally, as improper storage and handling of fuels and oils used in association with military operations contaminate sources of drinking water, aquifers, and soil. Some veterans may already be ill and unaware that their medical condition could be due to the time spent living and working at these military bases and installations.

Large quantities of soils were contaminated with military fuel and dry-cleaning chemicals. Everyone who drank, bathed in, cooked with, or otherwise used the water on a targeted base was exposed to:

The Agency for Toxic Substances and Disease Registry (ATSDR) began assessing the potentially harmful health effects associated with the toxic exposure at Camp Lejeune since the late 1980s. The agency determined that the risk of certain health conditions was increased through prolonged exposure to these chemicals.

Diseases caused by exposure to chemicals or toxins can be hard to diagnose. You and your doctor may not know what is causing your symptoms, or your symptoms may be confused with other medical issues. Exposure to toxic chemicals can cause a wide range of medical problems or aggravate other pre-existing diseases.

To date, hundreds of active and former U.S. military installations are contaminated with various types of petroleum hydrocarbons resulted from decades of improper storage and handling of fuels and oils used in association with military operations. These data should convince physicians to consider the possibility of toxic chemical exposure, especially when assessing the health of former service members.

We can help you receive the compensation you are entitled to

One legacy of military service is that our military bases can cause considerable harm arising from exposure to toxic substances. Due to this exposure, service members have a much higher risk of developing life-threatening conditions than the general population.

If you or a loved one is suffering from a health condition resulting from toxic exposure on military bases, call us today to learn how we can help you. Attorneys at Environmental Litigation Group, P.C. know that the toxic exposure issues on military bases caused many debilitating medical conditions that service members are suffering and dying from. We are stepping up to help the veterans who were negligently poisoned by the health-hazardous contaminants while serving on active duty.