Toyota has faced multiple lawsuits due to defective vehicles, including 4Runners 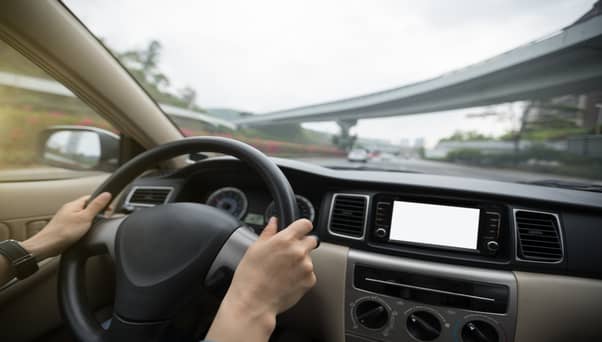 The renowned company Toyota has been known for manufacturing reliable and dependable vehicles since 1937. However, over recent years, it was faced with more than one lawsuit concerning the susceptibility of the frame of some automobiles to prematurely rust, as well as other important defects.

On December 6, 2018, Gary Weinreich, the owner of a 2005 Toyota 4Runner, filed a federal class-action lawsuit against Toyota Motor Corporation in South Carolina. The reason why the man took legal action against the company is the fact that the undercarriages of Toyota 4Runners manufactured between 2003 and 2009 are prone to prematurely rust, placing drivers and passengers at high risk when the vehicles are in use.

It is worthy of note that, in the past, there have been numerous complaints made by Toyota owners regarding various defects of certain automobiles, as well as multiple recalls that came as a consequence. However, the most prevalent issue that drivers of these vehicles seem to experience is that of the frame rusting very rapidly. This proves that not all Toyota automobiles are equally trusty. Some owners even claim that their vehicles became a hazard to drive on the road.

So far, many other enraged owners of defective Toyota automobiles have joined the ongoing lawsuit filed by Weinreich. They claim that 4Runners have additional issues than premature rusting, alleging that the frames of these vehicles, which are manufactured by Dana Holding Corporation, were not designed and made with adequate precautions.

While the company has not commented a lot on the defective nature of their 4Runners or on the ongoing lawsuit against it, Toyota spokesman Eric Booth said, "The safety of our customers is a top priority. While we cannot comment on these specific claims at this time, we will respond in the appropriate forum." The incident that drove Weinreich to file the federal class-action lawsuit was the car accident involving his Toyota 4Runner that he went through in 2018. Because the rust of his vehicle was so severe, the front control arm broke off and caused him to run off the road.

Despite the increasing number of plaintiffs in the lawsuit initiated by Weinreich, in May of 2019, Toyota Motor Corporation asked for a motion of dismissal. Nevertheless, the lead plaintiff and the numerous other people whose Toyota 4Runners from the 4th generation were affected by excessive rust and corrosion are adamant to carry on with the legal action they took and recover the compensation they are entitled to.

In 2020, another class-action lawsuit against Toyota was settled for $3.4 billion

On October 3, 2016, Ryan Burns filed a class-action lawsuit against Toyota Motor Sales USA Inc. in Arkansas, alleging that the popular vehicle Toyota Tacoma lacked adequate rust protection on the frame, which caused premature rust corrosion. As a result, the lead plaintiff and the other people involved in the lawsuit sustained economic losses. The defective automobiles were the Toyota Tacomas manufactured between 2005 and 2009. Burns acquired his vehicle in 2005 from a dealership in Forth Smith, and, in the spring of 2014, the man took his car to be serviced and was told that the frame was rusted out, which made the automobile unsafe to drive. The estimated cost of the repair was $10,000. These are the measures that Toyota took at the time to mitigate the issue:

Burns alleged that Toyota engaged in deceptive marketing practices because it avoided disclosing the fact that Tacomas did not have proper rust corrosion protection. It is important to note that other plaintiffs taking part in this federal class-action lawsuit alleged the same issue on different models of Toyota vehicles, namely Tundra and Sequoia. Finally, the company agreed to a settlement of $3.4 billion that covered 1.5 million Tacoma compact pickups, Sequoia SUVs, and Tundra full-size pickups in 2020. The attorneys who represented the people in this lawsuit estimated the value of frame replacement at $3,375 billion based on a charge of approximately $15,000 per vehicle and the inspections at $90 million at $60 per automobile. As for Dana Holding Corporation, it had to pay $25 million to Toyota Motor Corporation as part of the settlement of this lawsuit.

In January of 2013, Toyota settled the first wrongful death lawsuit in a group of hundreds of others that were pending at that moment, all involving sudden, unintended acceleration by certain vehicles. The company agreed to pay the family of Paul Van Alfen and Charlene Jones Lloyd, who lost their lives when their Toyota Camry slammed into a wall in Utah in 2010. Nonetheless, the sum of money the company had to offer the family was not disclosed. After settling this lawsuit, Toyota issued a statement saying that the company may decide to settle other cases but that they "will have a number of other opportunities to defend our product at trial."

A month before this settlement, Toyota agreed to another, which was worth over $1 billion and meant to offer compensation to Toyota owners partaking in hundreds of lawsuits that experienced economic losses when the company recalled millions of automobiles. In 2010, the company settled a previous wrongful death lawsuit for $10 million. This case involved a California Highway Patrol officer and 3 of his family members who died in San Diego in 2009 after their car, a Lexus manufactured by Toyota, reached a speed of over 120 mph, hit an SUV, launched off an embankment, rolled several times, and finally burst into flames.

Our law firm specializes in product liability cases and has been providing quality legal assistance to affected consumers since 1990. If you had the mischance of buying a Toyota 4Runner manufactured between 2003 and 2009 whose frame subsequently became rusted, you are entitled to financial compensation from the company. Similarly, if the excessive rust corrosion on your vehicle caused you to suffer a car accident, we will help you obtain the money you deserve for your injuries from Toyota Motor Corporation.

If you want to file a claim, all you have to do is send our legal team a few pictures of your rusted car frame, and, in the regrettable case that you went through a car accident, your medical records stating your injuries. After a thorough assessment of your situation, we will begin preparing your claim for submission, which is bound to result in the largest compensation available for your losses or injuries.