New AFFF Formulations Might Not Be Safer than Older PFAS

The DoD is in the process of phasing out AFFF that contains PFOS & PFOA after the dangers associated with this sparked outrage among the general public. These are just two members of a class of poly-fluorocarbon compounds, commonly referred to as PFAS/PFC, that number an estimate of 500-700 chemicals with commercial applications.

Citing performance requirements, the military decided to stick with PFAS as the main active ingredients in their new AFFF solutions, despite mounting scientific evidence that most members of the class can constitute a threat to human health and the environment.

The Firefighting Foam Coalition, an industry lobby group, stressed that PFOA and PFOS toxicity is a result of their particular molecular structure, with a long eight carbon chain (8C) and shorter members of the PFAS family would constitute safe alternatives. This seems to have played a great part in the Pentagon's decision, as all the replacements either adopted or under consideration feature shorter-molecule PFAS.

The body of research we currently possess on 6C PFAS is comparatively smaller than that concerning PFOA and PFOS, but what is known about them paints a worrisome picture. 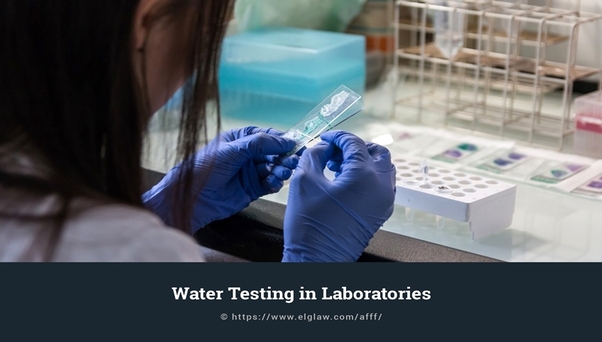 Although the EPA didn't place a safety limit on the concentration of PFHxS in drinking water, the chemical was deemed toxic enough by European regulators to be identified as a "substance of very high concern", while the Stockholm Convention is considering a global ban. In the US, Massachusetts, and Vermont both placed advisory health limits on PFHxS. Research suggests that in certain respects PFHxS can be even more dangerous than PFOS/PFOA. Studies founded by the Danish Ministry of the Environment show it to be more toxic to the liver than its older relatives, and 3M revealed that it can stay inside the human body for up to 5 years; longer than any of the PFAS substances the EPA is currently regulating.

The last find is particularly surprising, as one of the main selling points of 6C PFAS was that they are faster to clear the human body than their 8C counterparts.

Along with other members of its class, PFHxS has been used in both military and civilian AFFF solutions for well over two decades - enough to accumulate inside exposed bodies and contribute to a whole list of health issues:

PFHxA was one of the first 6C PFAS to be considered "not bioaccumulating", and hence a lot safer than alternatives. This view was to be placed under doubt following a 2005 study conducted by 3M, which found 25% out of a random sample of 36 American citizens to show elevated levels of PFHxA in plasma.

In 2009, DuPont will report to the EPA that eight out of nine workers tested at their Chamber Works factory in New Jersey had a significant concentration of PFHxA in their blood.

The fact that PFHxA is toxic had been known since 2003 when a 3M study showed it to cause severe neurological problems in rats. Although the company was quick to declare that the concentrations of PFHxA used on the lab rats were nowhere near what could occur in nature, it is still important to note that even the lowest doses used showed a dramatic impact.

With its 4-carbon molecule, PFBS is considered to build up slower in the body than any of its relatives, and indeed, most of the research supports that. However, there is still the problem of whether this is enough to prevent any potential ill-effect.

In the aforementioned 2005 report, 3M informed the EPA that 33 out of the 36 plasma samples tested positive for PFBS. This was followed by a toxicology study in 2008 which showed PFBS to accumulate in the blood and liver of rats.

This was replicated by Danish researchers, who also noted the presence of PFBS in other organs, including the lungs and umbilical cords of infants. Related Danish studies further linked PFBS with neurological impairment, as well as obesity and asthma.

According to a 2018 toxicity assessment draft of PFBS and GenX (subclass PFHxA and PFHxS belong to) the agency isn't planning to regulate the use of either chemical any time soon, leaving any potential measures in this regard to state and county authorities.

Independent assessments by research panels such as the C8 group and NRDC reached similar conclusions. There is enough evidence that PFAS other than PFOA and PFOS are themselves highly toxic and can cause the same adverse health effects as their more notorious relatives. If you suspect that your debilitating health condition was caused or aggravated by exposure to PFAS, please contact our lawyers to discuss ways in which you can receive compensation.