What other chemicals should we avoid in sunscreen? 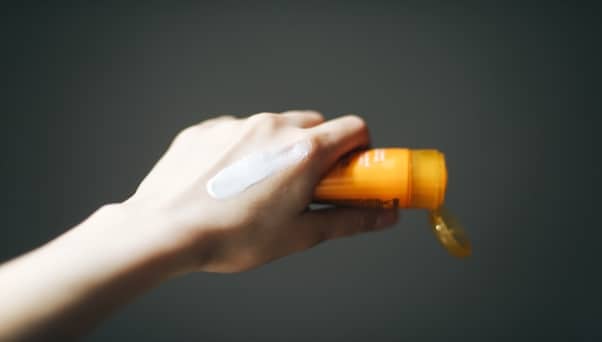 While sunscreen is a crucial personal care product, as it shields our skin against damaging ultraviolet radiation, it is very important to be aware of the harmful ingredients that might lurk in it. In addition to benzene, which was found in 78 different sunscreen products by Valisure, there are many other chemicals we should avoid.

In the spring of last year, the independent pharmacy Valisure made public the results of a study on popular brands of sunscreen. Shockingly, the researchers found benzene, a known human carcinogen, to contaminate a whopping 78 products, most of which are still on the market. The sunscreen of some companies had only traces or small concentrations of benzene, but the products of Johnson & Johnson were found to contain a level of benzene 12 times above the safe limit. However, because so many ingredients are part of the manufacturing process of sunscreen, consumers should pay close attention to the label of the products they intend to purchase, as some could be very dangerous for their health.

The ingredients you should avoid when shopping for sunscreen

Alarmingly, over the last two decades, the rate of skin cancer in the U.S. has increased by 77%. This is because most people are careless or uninformed when it comes to the health of their skin and how to protect it against the harmful ultraviolet radiation of the sun. What is perhaps the most frustrating and disheartening concerning skin cancer is that, in most cases, it is preventable, as wearing sunscreen daily shields your skin against dangerous radiation. Undoubtedly, more awareness has to be raised about the importance of applying sunscreen regularly.

While many people never wear sunscreen, there remains a significant portion that does. Nevertheless, in the light of the recent news regarding the presence of benzene in multiple sunscreen products, these people might now be at a loss about which one to choose. Obviously, we strongly advise you to stay away from the products that were found to contain this chemical, but also to pay attention to the other potentially harmful ingredients, which include the following:

Finally, if you are looking for a safe and non-toxic sunscreen alternative, we recommend mineral sunscreen as opposed to chemical sunscreen, which has been proven to be healthier both for you and for the coral reefs and which can provide the same level of protection against ultraviolet radiation. Two of the most effective ingredients in mineral sunscreen are titanium dioxide and zinc oxide. Medical specialists - dermatologists, to be more specific - strongly advocate for regular sunscreen use, informing consumers that these two substances are the safest and most effective active ingredients in sunscreen.

Since 1990, we have dedicated our efforts to help victims of toxic exposure, and our law firm currently takes on cases of benzene sunscreen. Therefore, if you have been using one or multiple adulterated products and developed acute myeloid leukemia, we advise you to contact our legal team immediately, as you are eligible for compensation. To begin the legal process, you will just have to call us, explain your situation, and send us your medical records.

After a careful analysis, our skilled lawyers will determine whether you qualify for filing a benzene sunscreen claim. If you do, they will promptly begin working on it to prepare it for submission. While we are taking care of the difficult work for you, you can carry on as usual, as your involvement will only be necessary during the preliminary steps of the legal process. In the end, you will get the largest sum of money you are entitled to from the liable companies.