Home   >   Our Official Blog  >  An Overview of PFAS Litigation Trials

An Overview of PFAS Litigation Trials

Thanks to a lawsuit filed against industry giant DuPont by a Virginia cattle rancher, attorney Rob Bilott got access to the company's private files. What he found out was to forever change our view on the chemicals used in non-stick pans, stain-free carpets, grease-resistant paper packaging, and magically expanding firefighting foam.

It seems that DuPont knew how toxic the wonder-chemical they used for Teflon was since 1961 when an internal study revealed it could cause thyroid problems and birth defects in rats. Further studies linked it to liver and kidney cancers, testicular cancer and a whole slew of reproductive system damage; as well as wrecking the immune system.

DuPont hid this information from the public until 1998, when the aforementioned intrepid attorney got access to it through our judicial system. The suit was finally settled for an undisclosed amount, but Bilott went forward to represent in a class-action lawsuit for some 69.000 Ohio-valley inhabitants whose water had been contaminated.

This landmark lawsuit occasioned a landmark epidemiological study, sponsored by DuPont following pressures from the court. The claimants were found to suffer from health issues such as high cholesterol, ulcerative colitis, pregnancy-induced hypertension, thyroid disease, testicular cancer, and kidney cancer, all currently associated with PFAS chemicals; at a rate far higher than the general population.

The people studied drank water with a concentration of at least 50 parts per trillion (ppt) of PFOA in a time interval of more than a year. The current health advisory guidelines issued by the EPA, which the Department of Defense is using when assessing the safety of drinking water in military bases, stand at 70 ppt for the whole lifetime of a person. Let that sink in.

The Government Is No Angel 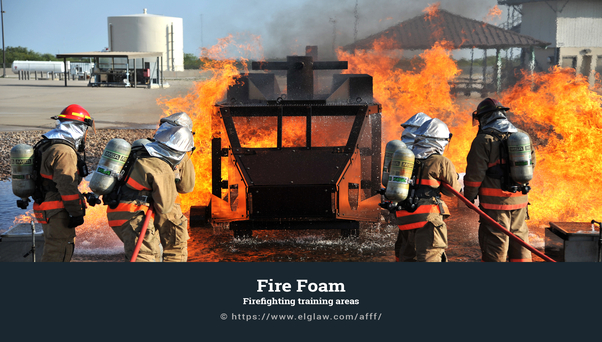 The AFFF solution that three out of the four branches of our military (the army ended phasing it out sometime last year) still use in regular firefighting exercises and to combat the occasional jet fuel fire contains two of the most toxic chemicals in the fluorocarbon class as active ingredients - PFOA and PFOS.

Besides their well-proven noxiousness, these chemicals have a tendency to migrate from designated fire drill areas through rainwater drains all the way into local streams; or seep into the ground right down to the wells people use for drinking. Needless to say, a lot of water sources in and around military bases are contaminated to many degrees of magnitude above what even the EPA deems as safe.

AFFF was developed by 3M following very strict specifications issued by the US Navy, who needed a high-performance firefighting solution after the USS Forestall disaster. From early tests, scientists at 3M found reasons for concern regarding the toxic potential for humans of their new concoction, but there is no evidence that these were shared with their client.

Rest assured, the Naval Research Laboratory conducted its own studies throughout the 70s (3M's AFFF was adopted in 1969) and found for themselves the same reasons for concern. In regards to measures taken, this amounted to a "Risk notice" issued by the Pentagon as "early" as the year 2000, and an internal memo calling PFOS "bioaccumulating and toxic" in 2001.

The Department of Defense has tried to wash its sins since then, with a thorough assessment of possible PFAS contaminants in the drinking water that our soldiers and their families have been using for decades, as well as stop-gap solutions like issuing bottled water until proper filtration methods are in place. 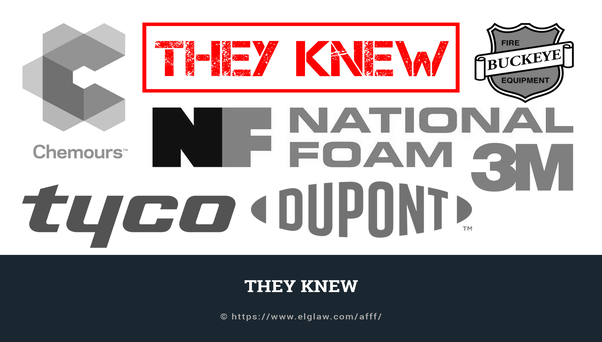 DuPont, 3M, Chemours, and other glamorous names of the chemical business are currently facing a wave of litigation suits relating to PFAS. DuPont and 3M already settled in class action lawsuits against thousands of claimants to amounts nearing a billion dollars. The fair state of Minnesota brought 3M to trial for hundreds of millions of dollars in damage to its citizens. New Hampshire followed suit earlier this year, citing the industry's failure to warn its people of potential hazards associated with the chemicals they were dealing in. Dozens of firefighters - the people most directly exposed to PFAS both from their protective gear and the tools they use to contain blazes - have combined their cases against big business in a complex litigation trial in South Carolina.

In 2016, a Colorado family sued the US Air Force for contaminating their land (and some of their kin as well) with PFAS chemicals coming from the nearby Peterson AFB.

As the place where a lot of the US Air Force's top-of-the-line jet fighters were tested, Wright-Peterson AFB made quite a name for itself in military circles. It would be a shame for its history to be tainted by callous acts towards the American citizen.