Phthalates in hair relaxers and endometriosis, a dangerous connection 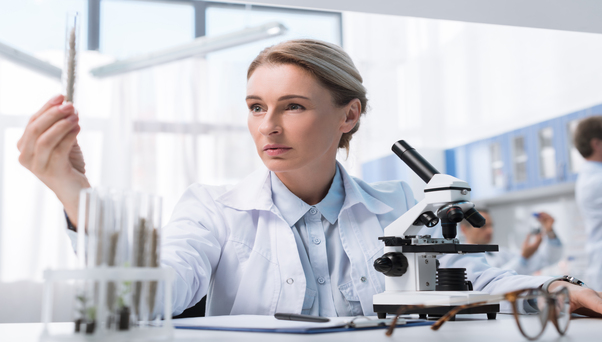 As chemical substances widely used in cosmetics, phthalates may cause endometriosis by altering various biological markers. They are also endocrine-disrupting chemicals, meaning they can increase the estrogen level in the body, which is associated with high endometriosis risk.

Over 6 million women across the United States have endometriosis, a painful disease in which tissue resembling the lining of the uterus grows outside of it. Recently, several medical studies have linked the use of hair strengthening products containing phthalates with high endometriosis risk. In chemical hair relaxers, phthalates are mostly used as plasticizers, substances whose purpose is to make the formula softer and decrease viscosity. According to many health organizations, they are endocrine-disrupting chemicals belonging to the same class as bisphenol A, another harmful chemical lurking in hair strengthening products.

Phthalates mimic or interfere with the endocrine system, which is responsible for overseeing hormones. Because phthalates are endocrine disruptors, they can tinker with the body's hormones, possibly leading to hormonal imbalances such as increasing the estrogen level, which is associated with high endometriosis risk. They cause the early onset of breast development, which suggests that they act like estrogen. Furthermore, "phthalate exposure can also cause ovulation problems and is associated with endometriosis-which is stimulated by estrogen," says Kim Langdon, MD.

According to a study from the medical journal Healthcare, the impact of phthalates varies from gene expression to physiological changes. High molecular weight phthalates exposure was found to cause methylation status of imprinted genes, which could be directly related to estrogen response. At the intracellular level, phthalates can interfere with:

While Europe has banned the use of the phthalates DiPeP, DnPeP, PIPP, and DMEP in consumer products, in our country, these chemicals are still present in cosmetics such as hair relaxers, endangering women's health. A study from Fertility and Sterility found that phthalates may be involved in the development and severity of endometriosis. Exposure to di-2-ethylhexyl phthalate - DEHP - is likely to cause endometriosis by increasing the growth of the cells that are linked to the disease. This phthalate might be a carcinogen and was also found to be the cause of reproductive problems and infertility.

According to a study from Reproductive Medicine and Biology, sexually mature female rats exposed to DEHP exhibited a decrease in serum progesterone and delayed ovulation. Exposure to this phthalate impacts endometrial cells in the following ways:

Because hair relaxers contain numerous chemicals that can easily damage the scalp by causing skin irritation, lesions, and burns, phthalates can infiltrate these wounds and end up in the bloodstream of women who use these products. Moreover, in some cases, exposure can occur from breathing airborne particles of phthalates that were released when using a chemical hair relaxer.

Among the five phthalates tested by researchers, DEPH showed the highest skin absorption. Roughly 2% of a dermal dose is absorbed in humans. Therefore, skin absorption remains the main exposure route when it comes to these dangerous chemicals. Other phthalates that can penetrate the skin to a certain extent include:

To avoid phthalates in hair relaxers, you should immediately cease using these products and find safer, non-toxic alternatives such as heat styling, oil treatments, silicone creams, or keratin treatments. If you want to lower your endometriosis risk even further, we advise you to avoid phthalates in the following ways:

If you use hair relaxers and struggle with endometriosis, we strongly encourage you to give our attorneys a call, as you might be entitled to financial compensation from the manufacturers. Our resourceful legal team will help you determine whether you are eligible to file a toxic hair relaxer claim quickly and efficiently, with minimal involvement on your part.

Using chemical hair relaxers has a strong association with endometriosis because of the phthalates and other toxic substances these products contain. If you received a diagnosis of endometriosis and have been regularly using hair strengthening products, do not hesitate to give our attorneys a call, as they have been pursuing compensation for people affected by toxic exposure and defective products for over 30 years. We are ready to help you find out whether you qualify to file a toxic hair relaxer claim.

The only documents you will have to send in are your medical records and evidence of your use of hair relaxers in the form of receipts or hair salon bills. After a thorough and careful review of your case, our skilled attorneys will let you know if you are entitled to financial compensation from the companies whose products you used. Eligible people will promptly have their claims filed, and we will go to great lengths to obtain the most favorable outcome for your case, regardless of how complex it might be.