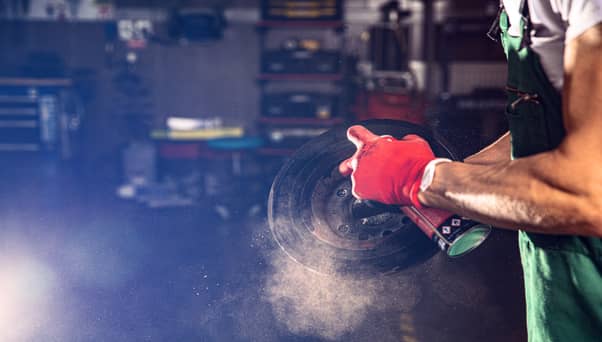 Unfortunately, even with regular maintenance and rustproofing, the frame of a Toyota 4Runner that has not been properly treated against rust corrosion will be prematurely damaged by it. However, there are several ways in which you can delay the occurrence of rust on the frame of your car, but if your vehicle is defective, this issue is unavoidable.

The reason why the most recent class-action lawsuit against Toyota Motor Corporation was filed is the susceptibility of the frames of 4Runners manufactured between 2003 and 2009 to premature rust corrosion. Apparently, the frames of the fourth generation of 4Runners have been inadequately treated against rust corrosion by Dana Holding Corporation, the supplier of the frames. While many owners have already experienced this very serious issue and even suffered terrible car accidents because of it, people who have been in possession of a Toyota 4Runner for a short period of time may wonder if there is something they can do to avoid it or to at least delay it.

Regrettably, the prognosis of a defective 4Runner is always bad, as the frame of the vehicle will inevitably be severely affected by rust corrosion. Although having a little rust on the frame of a car is normal if you have owned it for a number of years, the keyword when it comes to the issue of Toyota 4Runners is "premature". Accordingly, while some rust is expected to occur on the frame of a car 10 to 15 years after you had purchased it new, the frames of 4Runners become tremendously affected by rust within a period of time as short as 5 years. Despite knowing this, you may still want to delay the onset of rust corrosion, so we have included a list of tips on how to do this in this article.

Firstly, it is important to know that rustproofing the frame of your Toyota 4Runner can be quite expensive, which may outweigh the benefits. The benefits will be short-term anyway, as the undercarriage is already prone to premature rust corrosion, and rustproofing will delay the occurrence of rust for 2 to 3 years at most. If you are still keen on rustproofing, you should know what the vehicle components that may become affected by rust from the frame are, which include the following:

Consequently, when you take your 4Runner for rustproofing, you may want to make sure that these car parts are also treated against rust corrosion, as they are very vulnerable. The cost of rustproofing your car ranges between $500 and $1,000 if you choose to have this service performed to your Toyota 4Runner at a dealership. A quality rustproofing job should last you up to 10 years if it was done thoroughly and correctly, but when it comes to 4Runners, it is very unlikely to last you that long. For this reason, you may want to stop and think twice before making this investment.

How can I delay the occurrence of rust corrosion on the frame of my Toyota 4Runner?

As previously discussed, since the frames of 4Runners from the fourth generation have not been properly treated against rust corrosion, you will still experience this issue to a greater or lesser extent, even with the right maintenance. However, there are some ways that may delay the onset of rust corrosion on the frame of your car a little, such as:

Keep in mind that these preventive measures will work only for a while, as your Toyota 4Runner has a manufacturing defect. Therefore, it is unavoidable that the frame of your car will prematurely rust, although slightly later than it would have if you did not follow this advice. As soon as your auto mechanic informs you that you have excessive rust corrosion on the frame of your 4Runner, we encourage you to give our legal team a call, as you can have the frame replaced for free by Toyota Motor Corporation if you file a claim.

Every person who owns a Toyota 4Runner from the fourth generation with severe rust corrosion on the frame is advised to reach out to our law firm, as they are most likely eligible to file a claim with the company. Our attorneys, who have been handling product liability cases for decades, will provide you with the assistance you need to have the damaged frame of your car replaced free of charge. Furthermore, if this manufacturing defect has caused you to suffer a car accident, we will recover financial compensation on your behalf, which will cover your medical expenses and lost wages.

All you have to do to start the legal process is give our experienced legal team a call and send a few photos of your damaged Toyota 4Runner frame. We will request other documents as well, but only what is truly necessary, as most of the paperwork will be efficiently handled by us. Since we are aware that people who went through a car accident are usually in a lot of physical and emotional pain, we will ease the legal process as much as possible for you if this is also your case. Eventually, following claim submission, you will have the frame of your vehicle replaced by the company, as well as recover the maximum compensation available if you suffered a car accident.