Regulatory status of PFAS in the U.S. 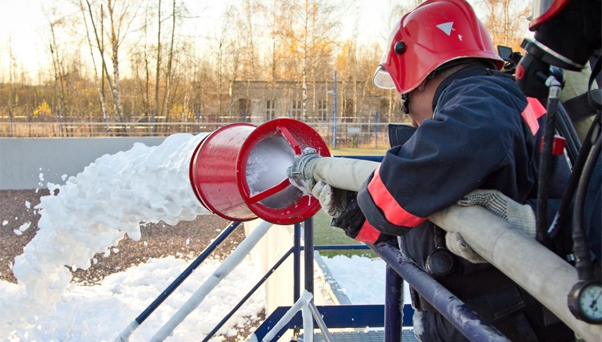 In the late 1990s, the EPA became aware of the persistence, bioaccumulation, and toxicity of PFAS. Under the Safe Drinking Water Act of 1974, the Agency is responsible for determining when a chemical needs to be regulated in the U.S. water supply. Despite the adverse health outcomes in humans, PFAS has largely managed to escape regulation.

In 2016, the EPA issued only a non-enforceable drinking water health advisory for the two most common PFAS - perfluorooctanoic acid (PFOA) and perfluorooctanesulfonic acid (PFOS), at 70 parts per trillion.

As more is known about their ecological effects, bioaccumulation, food chain transfer, and potential health risks, activists are urging states and federal regulators to take action to increase oversight and even ban PFAS outright.

PFAS, the chemicals at issue, includes more than 4,000 synthetic chemicals that have been in commercial production since the 1940s in nonstick cookware, water-repellent clothing, stain-resistant fabrics and carpets, products that resist grease, water, and oil, some cosmetics and food packing like pizza boxes and microwave popcorn bags. Due to their strong carbon-fluorine bonds, PFAS compounds have the potential to bioaccumulate and migrate readily from soil to groundwater systems.

Without federal action, individual U.S. states have taken matters into their own hands. Eight have adopted their own regulatory standards for PFAS contamination, stricter than EPA's current health advisory of 70 parts per trillion, and more than 19 are pursuing such action. For instance, New Jersey has developed health-based guidance for PFOA in drinking water of 0.04 ppb, which is much lower than the provisional health advisory value given by the EPA. 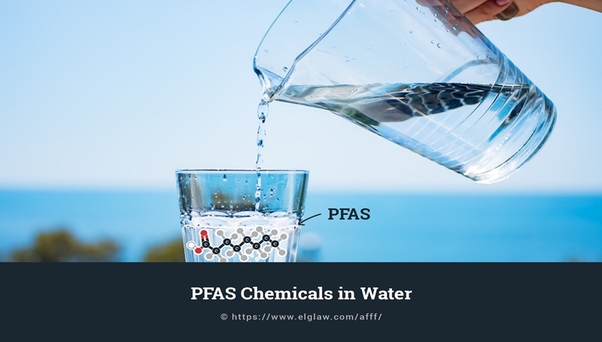 The EPA regulates more than 80 different categories of toxins that can be found in industrial pollution from asbestos and dioxin to lead and chromium. These toxins can come in a variety of forms - solid, liquid or gaseous - and they can all end up contaminating the local water supplies. In the U.S. millions of people who rely on community water systems are exposed to unsafe drinking water. In a new study, researchers from the Environmental Working Group found that drinking tap water in California could contribute to about 15,500 cancer cases over the course of a lifetime.

"The Environmental Protection Agency has utterly failed to address PFAS with the seriousness this crisis demands, leaving local communities and states to grapple with a complex problem rooted in the failure of the federal chemical regulatory system," said Ken Cook, president of the Environmental Working Group, which has studied these compounds for almost two decades.

After more than a year of community meetings and deliberations, the U.S. Environmental Protection Agency released in February 2019 a plan to address the widespread contamination caused by perfluoroalkyl and polyfluoroalkyl compounds which have been detected in numerous communities and military bases. According to the Centers for Disease Control and Prevention, these toxic chemicals can impact a lot of different health systems, causing numerous health issues that include kidney cancer, infertility, birth defects, and immune system function.

The Pentagon has used PFAS-related chemicals extensively as a firefighting tool, and it has been already confirmed the release of the chemicals at 401 locations nationwide, contaminating drinking water supplies. The EPA had also set water contamination cleanup standards reducing military bases' responsibility to cleaning up toxic chemical contamination. The cleanup standard basically removes the federal protections mandated by the Clean Water Act, failing to set health-protective levels for per-and polyfluoroalkyl substances. The standard released by the agency in April 2019 entirely eliminated a section that would have addressed how it would respond to what it has as 'immediate threats posed by hazardous waste sites'.

Clean water advocates say that the Environmental Protection Agency proposal would weaken standards for cleaning up toxic chemicals used at military bases and found to have contaminated drinking water that millions of Americans consume.

We are living in an industrial age where business is synonymous with aggressive corruption, and for this reason, we are still far away from revolutionizing our lifestyle to a healthier and more environmentally friendly one. Large cities have been affected by rapid industrial growth without appropriate mechanisms of prevention and control. The EPA still hasn't issued standards on chemicals dumped by chemical manufacturers like 3M and others that have tainted water.

Water pollution has become a major global problem that requires promote policies and investments that decrease water waste and adopts several important actions including the maximum contaminant level process that will help affected communities better monitor, detect, and address water pollutants. Veterans, military personnel, and neighbors of military installations threatened by or exposed to PFAS should be monitored and compensated. Our team of experienced lawyers will be able to conduct a rigorous investigation into your exposure to determine the exact PFAS involved in your case and make sure you receive full compensation for the harm suffered.