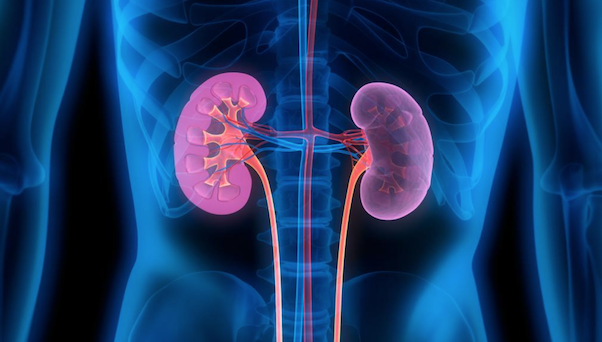 A history of occupational asbestos exposure could lead to a number of severe health risks and the possibility of developing serious diseases. Although asbestos exposure is mostly tied to lung conditions, there seems to also be a link between it and other diseases affecting various parts of the body, such as the kidneys.

Renal cell carcinoma is a type of kidney cancer that forms in the lining of the tubules of the kidney. This is the most common type of kidney cancer and it's responsible for about 90 to 95% of the cases found in adults. Studies have shown a male predominance with the disease most commonly occurring over the age of 60. It's a fast-growing cancer that if undiscovered, often advances to the organs surrounding the kidneys. Depending on the stage to which it advances when the symptoms start showing and the disease is discovered, the five-year survival rate can vary. In the incipient stages, the five-year survival rate can be around 65 to 90% but it considerably decreases once cancer has spread.

What can cause renal cell carcinoma 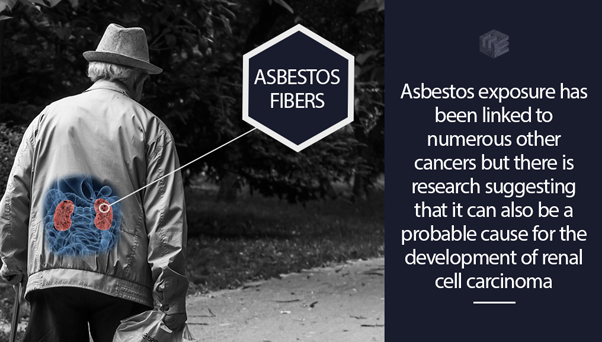 Asbestos exposure has been linked to numerous other cancers but there is research suggesting that it can also be a probable cause for the development of renal cell carcinoma.

A study conducted at the University of Pavia in Italy has observed the case of a 76-year-old man with past occupational asbestos exposure where he would come in direct contact with asbestos cement.

He initially was diagnosed with kidney cancer but only 14 months later, he has died of mesothelioma. The study concluded that asbestos might be the cause of both cancers.

Before the 1980s, many industries have used large amounts of asbestos putting thousands of workers at huge risks of inhaling fibers and eventually developing serious diseases. Among the occupations with the highest risk there are:

The symptoms and importance of a correct diagnosis

Having a correct diagnosis is extremely important in these cases as it can greatly influence the outcome of the disease and the life expectancy. But considering the fact that many of the symptoms in the early stages are similar to those of more common diseases, a misdiagnosis can occur. The typical symptoms of renal cell carcinoma include:

As there are no symptoms until an advanced stage of the disease, it's extremely important that people with a history of asbestos exposure regularly check on their health. Consulting experts who have worked before with asbestos cases is highly recommended, as there is a higher chance that they could give the right diagnosis.

In order to establish a diagnosis, there is a need for a screening process that entails a series of tests. The principal diagnostic tools that are used for detecting renal cell carcinoma are ultrasound, CT scanning, and an MRI of the kidneys alongside with biochemical and blood tests.

Patients diagnosed with renal cell carcinoma will need to undergo more tests to find out if and where cancer has spread. This process is called staging and it's extremely important so that prognosis and a correct treatment plan can be established. This type of kidney cancer has 4 stages, in order of severity:

To determine the stage of the disease various tests such as an X-ray or PET scan might be necessary. Approximately one-third of individuals suffering from renal cell carcinoma have cancer that has spread to other organs at the time of diagnosis. This is why it's extremely important that patients with a history of asbestos exposure constantly check up on their health and get screened as soon as symptoms appear.

Victims of toxic exposure can be eligible for obtaining compensation

If you or a family member have a history of occupational or military asbestos exposure, you need to undergo asbestos screening. This is important in order to obtain the right diagnosis and eventually, in meeting the eligibility criteria for recovering compensation.

As studies have shown, there is a possibility that people who have been occupationally exposed to asbestos may also develop mesothelioma or lung cancer aside from kidney cancer. Our team of medical specialists has many years of experience in diagnosing asbestos-related lung diseases and can help you get the correct diagnosis. If asbestos fibers are found in your lungs, you are automatically eligible for receiving compensation. Our attorneys can help you file a claim with the asbestos trust funds of the companies that manufactured the products you were exposed to or with the VA if your exposure occurred while serving in the Navy.

With over 20 years of experience, we specialize in pursuing asbestos exposure cases and have obtained compensation for thousands of victims and their family members. If you are suffering from renal cell carcinoma as a result of asbestos exposure, you need to take action fast as these cases typically have a statute of limitations of around 3 years. Contact us as soon as possible and we will look over your case and help you obtain the rightful compensation.