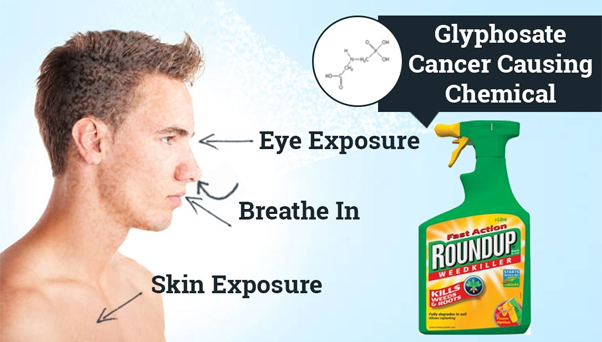 Roundup has been making the news lately as a potential carcinogen, and the subject of a number of litigation suits. However, the herbicide has previously known decades of use, drawing both praise from farmer and industry experts, as well as suspicion, with a number of independent research studies linking glyphosate to cancer.

How It All Begun

Glyphosate was first synthesized in 1950 by a chemist working for the Swiss pharmaceutical company Cilag. However, they failed to find a medical application for the new chemical, leading them to sell Glyphosate to Stauffer chemicals, who will patent it as a chelator in 1964 for use in the mining industry.

It is not 100% certain that glyphosate was entirely unknown in America by the early 70s, but most sources agree that John E. Franz's discovery of the chemical was independent of what was happening in Europe. Monsanto will be awarded a patent for glyphosate and will start selling it under the brand name Roundup beginning in 1974.

Roundup was initially very well received by agricultural operators and ecologists alike, who noted that it was significantly less toxic than the DDT which it replaced as a wide spectrum herbicide. This success couldn't have come at a better time for Monsanto, who was still recovering from the Agent Orange debacle that will eventually see the company award millions of dollars in reparations to US Vietnam veterans.

John E. Franz will receive the National Medal for Technology in 1987 and the Perkin Medal for Applied Chemistry for his work on glyphosate. The chemical was called a "one in a 100-year discovery that is as important for reliable food production as penicillin is for battling disease." by Australian weed expert Stephen B. Powles.

Not As Good As It Seems

A pioneer of biotechnology, Monsanto will develop Roundup-resistant crops beginning in 1996. These were seeds genetically modified to resist the herbicide, allowing farmers to spray their crops at any time of the year without damaging the plants. Canola, alfalfa, soy, corn, and cotton were the first to be introduced, with the line expanding to encompass nearly all varieties of agricultural plants. Currently, Monsanto holds a near-monopoly on GMO production.

This breakthrough will prove to be a two-edged sword, however. It leads to a dramatic increase in the use of glyphosate-based herbicides in the US, with the decade between 2004 and 2014 accounting for two-thirds of the total quantity sprayed since Roundup hit the market. Either the increased prevalence of glyphosate in the environment or natural cross-breeding with GMO species caused some weeds to adapt to the toxic chemical, which was answered by farmers with further increases in herbicide use, leading to a vicious circle.

1996 will also be the year that saw the first lawsuit related to glyphosate, brought against Monsanto by the State of New York for false advertising. Attorney General Dennis C. Vacco accused the company of making absolute claims about the environmental mobility and toxicity of its Accord and Roundup pesticides that were not supported by science. According to the offending ads, Monsanto products "stay where you put them" and are "as safe as table salt". The New York DA successfully proved that glyphosate can move through certain soils and - what should seem a truism to any sensible person - "any pesticide has some degree of toxicity", forcing the company to change its advertising campaign.

Monsanto's advertising practices will draw similar scrutiny from standard authorities and environmental campaigners in Great Britain (1999); France (2001); Brazil (2012) and South Africa (2014). In each instance, the company is forced to pay a fine and drop most of its ads.

Concerns Over Toxicity Are Beginning to Rise

As their use increased tenfold following the introduction of Roundup-resistant crops, glyphosate-based pesticides drew more and more scrutiny from environmental groups, regulatory bodies, and independent researchers alike, on the background of ever-intensifying opposition from the petrochemical industry. The timeline of notable events post-1996 paints a revealing picture.

What to Do If You've Been Affected

Non-Hodgkin's is a terrible disease that can exert a great emotional and financial burden on any family. If you have used Roundup extensively and there are reasons to suspect it might have damaged your health, don't stay silent! Our toxic exposure lawyers can help you file a claim against those responsible so you might recover at least some of the money due to you for the serious condition, work lost, and expensive treatment.