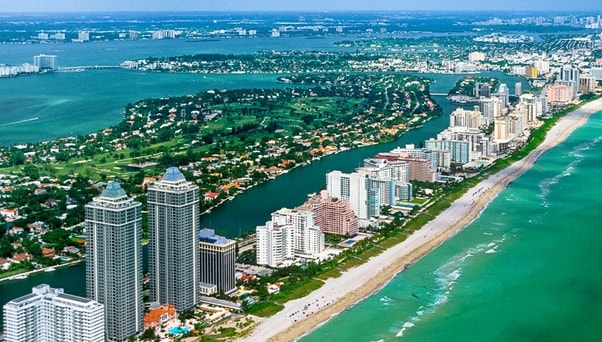 The family members of Florida workers who frequently handled asbestos-containing products on the job or who worked in facilities with asbestos dust are at considerable risk of developing cancer and lung diseases.

Highly prevalent in industries such as shipbuilding and construction until 1978, occupational asbestos exposure is responsible for a tremendous number of pulmonary conditions, as well as for multiple forms of cancer, including lung cancer. Since Florida residents who were working with asbestos were not required to wear protective equipment due to lack of proper industrial hygiene, they would inevitably inhale and ingest asbestos fibers on a regular basis. Over 200,000 asbestos-related deaths were registered in the U.S. between 1999 and 2013, while approximately 8,000 individuals are diagnosed with terrible illnesses annually. As diseases caused by asbestos exposure have a latency period of up to 50 years, the occurrence of new cases is expected to remain steady until 2030. Despite the cessation of asbestos use, the effects of past asbestos exposure remain a topical problem in Florida, as the state has a long history of asbestos employment.

Different Ways by which Floridian Families Were Exposed to Asbestos

Although Florida workers who would regularly encounter asbestos in occupational settings are at the highest risk of developing a disease, the health of their loved ones might also be at stake. Not only did lack of safety regulations in the workplace harm employees, but it would often affect their family members, too. Secondary asbestos exposure occurs when a person is not in direct contact with a source of asbestos. Because changing clothes and showering at the end of the day was not a workplace requirement either, many people would return home with asbestos dust on their garments, as well as in their hair and on their skin. Thus, the spouses and children of Florida asbestos workers would be exposed to this carcinogenic mineral in multiple ways, such as:

The wives of asbestos workers in Florida would unknowingly breathe in toxic asbestos fibers while shaking out their husband's work clothes before washing them. Moreover, if the garments were laundered together with other family members', asbestos fibers could contaminate those, too.

By greeting the person upon coming home from work

A lot of people who are now struggling with mesothelioma remember hugging their husband or father - who was often covered in asbestos dust - right after returning home from work. Thereby, they would unwittingly inhale asbestos fibers, which would accumulate in their lungs over the years.

By entering the worker's commuter vehicle

Since asbestos fibers have a rough texture, they can become embedded in fabric very easily. If a Florida worker would use the same car to go to and return from the job, chances are it was also contaminated with asbestos from their clothes.

Similarly, asbestos fibers from the worker's overalls could linger on pieces of furniture covered in textile fabric, such as couches, armchairs or carpets. Family members who would subsequently use these items were thus exposed to asbestos and would also perpetuate the spreading of asbestos fibers throughout the house.

Florida is one of the U.S. states where the issue of asbestos exposure is extremely alarming. While this deadly mineral is no longer present in occupational settings nowadays, it would be commonly found in power plants, shipyards, marine repair facilities, chemical plants, and auto repair shops throughout the state between the 1930s and the late 1970s. The Sunshine State was also home to five asbestos processing plants and over 109,949 metric tons of asbestos were imported from Libby, Montana during the past century, since the mineral does not occur naturally in Florida.

The number of residents who lost their lives to asbestos-related diseases in recent years is astounding. In fact, Florida is the second leading state when it comes to deaths caused by asbestos exposure, having registered 14,248 victims of mesothelioma, asbestosis, and lung cancer from 1999 to 2013. Despite the cessation of asbestos employment, a lot of Florida residents still develop these devastating illnesses every year, as the extent of past exposure to asbestos was tremendous. Although occupational asbestos exposure is the culprit behind most of these deaths, approximately 8% of asbestos victims were subjected to secondary asbestos exposure. The family members of Florida workers who frequently handled asbestos-containing products on the job or who worked in facilities with asbestos dust are at considerable risk of developing cancer and lung diseases.

The effects of indirect asbestos exposure have been investigated ever since 1965 when one of the first studies on this topic was published. The authors of the study, Newhouse and Thompson, state that "there seems little doubt that the risk of mesothelioma may arise from both occupational and domestic exposures to asbestos". Subsequent medical studies discovered that mesothelioma takes longer to develop in children who were secondarily exposed to asbestos than in adults, having a median latency period of 25.2 years. To make matters worse, researchers also suggest that individuals who were exposed to asbestos in childhood are more likely to be diagnosed with an illness than those whose first contact with the carcinogen occurred later in life.

If you have someone in your family who worked at one of the following Florida asbestos sites between 1935 and 1978 and experience symptoms such as chest pain, shortness of breath, fatigue or a chronic cough, we urge you to seek medical assistance immediately:

Are you a Florida resident suffering from a disease which you suspect might be the consequence of secondary asbestos exposure? If so, it is crucial to know that you can recover financial compensation for your injury by filing a claim against your family member's former employer. Even though you have never worked with asbestos yourself, you have the right to take legal action against the company in question, since it was their products which caused your illness. Whether your diagnosis is mesothelioma or another disease, the highly experienced lawyers at Environmental Litigation Group, P.C. will help you obtain the compensation you deserve.

Oftentimes, building a secondary asbestos exposure case is considerably more demanding and challenging than preparing a regular asbestos claim, as more research and evidence is necessary to ensure a successful outcome. Nevertheless, with over 25 years of experience in asbestos litigation, our attorneys will efficiently assist you throughout the entire process and take care of the most legal aspects so that you can continue focusing on your treatment. So far, our law firm has recovered approximately $1.4 billion for asbestos victims and their families - including numerous Florida residents - from liable companies.

Claims involving victims of secondary asbestos exposure are on the rise, as more and more people who struggle with debilitating illnesses decide to take legal action. When handled by a skillful lawyer specialized in asbestos litigation, these cases result in substantial compensation for the plaintiff, so we strongly encourage you to file a claim, too. There are numerous recent examples of successful secondary asbestos exposure cases. In 2013, Phyllis Granville, the wife of a floor tile installer suffering from pleural mesothelioma, was awarded $1.1 million, while in 2015, the family of Barbara Brandes, another mesothelioma victim who regrettably passed away before resolution, was awarded $3.5 million.

Are You a Florida Resident Who Was Exposed to Asbestos in the Workplace?

If you are suffering from a lung condition such as pulmonary fibrosis, asbestosis or lung cancer and have a family member who used to work with asbestos, there is a considerable chance secondary asbestos exposure is responsible for your illness. The Florida victims of secondary asbestos exposure are also eligible for financial compensation and we highly encourage you to take legal action immediately. With over 25 years of experience in asbestos litigation, our attorneys will offer you quality legal assistance so that you can promptly recover the compensation you deserve. Since we are going to file your claim with asbestos trust funds, the legal process will be significantly faster and you will not have to worry about spending countless hours gathering documents either. All you have to do is provide our diligent lawyers with your family member's work history and with medical records supporting your diagnosis. We will efficiently take care of the rest for you.