The issue of tests for secondary asbestos exposure 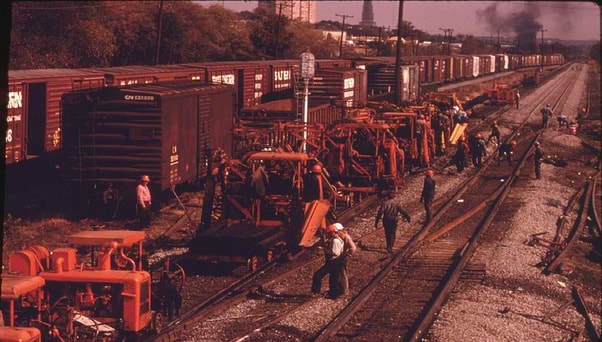 The absence of a direct relationship between the victim and the employer often leads state courts to reject take-home asbestos claims. To bring a successful legal claim, claimants have to trace their exposure to a defendant who is liable for failure to warn or protect against the dangers of asbestos.

Occupational asbestos exposure is responsible for the vast majority of mesothelioma cases, as workers in industries such as construction or shipbuilding were exposed to huge amounts of airborne fibers on a regular basis before the 1980s. However, while between 70-80% of asbestos victims were exposed in the workplace, the rest are struggling with devastating diseases as a result of environmental or secondary asbestos exposure.

Due to their rough texture and microscopic size, asbestos fibers can easily become embedded in fabrics. As industrial hygiene was commonly overlooked by most companies that manufactured or used asbestos products, employees were not required to change their clothes at the end of the shift and thus brought home asbestos fibers. Some people even remember leaving work covered in asbestos dust.

Therefore, family members were often exposed to asbestos indirectly, either by interaction with a near relative carrying asbestos dust or by dusting and washing their work clothes. Around 8% of asbestos victims are women and most of them developed an asbestos disease as a result of secondary exposure.

Frequency, regularity, and proximity test for causation of asbestos exposure

To succeed in an asbestos exposure case, the plaintiffs - primary as well as secondary exposure victims - must prove that asbestos attributable to the defendant was a cause of the injury. For the proof of causation in asbestos, the Superior Court has adopted the frequency, regularity, proximity test.

When it comes to secondary asbestos exposure, each state applies its own set of rules to determine if the defendant can be held accountable for the plaintiff's injury, which occasionally results in claims getting rejected.

The most problematic aspect of secondary asbestos exposure claims is the absence of a relationship between the victim and the employer, which makes it challenging for state courts to decide if the defendant is responsible. North Dakota and New Jersey are two of the states that have recently rejected secondary asbestos exposure claims based on the inability to find the defendants liable.

Why it can be difficult to parse out an employer's responsibility for the health problems caused by secondary asbestos exposure?

Claimants indirectly injured by asbestos are eligible for financial compensation and many have been awarded compensation after getting diagnosed with lung cancer, mesothelioma, asbestosis, or other asbestos diseases. To bring a successful legal claim, claimants have to trace their exposure to a defendant who is liable for failure to warn or protect against the dangers of asbestos.

However, it can be a challenge for secondary asbestos exposure victims to establish liability. Asbestos diseases can have a latency period of 20 to 50 years. Also, when filing a successful claim, secondary asbestos victims must be able to:

Someone who did not directly work with asbestos-containing products may not know what materials contributed to their exposure. This is most common when the family member who was directly exposed to asbestos has passed away.

Proving all of these aspects can be very difficult, particularly if liability is disputed by the employer in question. Due to the length of time which has passed, further difficulties can be found if the company no longer exists. Choosing a lawyer from a firm that specializes in asbestos litigation can make the difference between a right resolution and a case that leaves you with a deep sense of injustice. 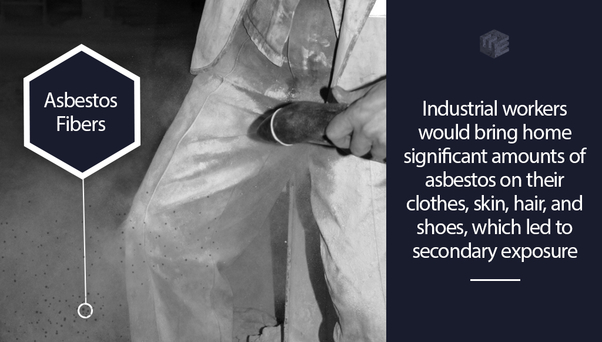 Success in pursuing an asbestos claim may not always be a simple matter of showing that a victim diagnosed with an asbestos-related condition was exposed to the toxic mineral during their period of employment at a particular workplace.

The aim of an attorney is to obtain an admission of liability, and an out-of-court settlement to speed up the process for the claimant. The victim should prove that it was negligence and lack of duty of care in the workplace conditions, which caused or contributed to the development of the claimant's fatal asbestos-related disease.

A successful asbestos claim usually involves asbestos attorneys that specialize in investigating exposure on the job and can find out the work history of a family member who was directly exposed to asbestos.

If you, or a loved one, have been diagnosed with an asbestos-related condition after suffering secondary exposure, we are here to help.

At Environmental Litigation Group, P.C., we have a team of occupational disease experts that can investigate and find information to support your secondary asbestos exposure case.