The dangers of asbestos exposure covered up by major U.S. companies for decades

Crucial information about asbestos and the potential health risks it poses was carefully concealed from millions of workers until the 1960s when the companies could no longer advertise asbestos as a safe material due to the prevalence of scientific studies indicating the opposite.

During the late 1940s, almost all asbestos manufacturing companies and industries using large amounts of asbestos for their operations had internally acknowledged that asbestos fibers can pose a risk to health if airborne, as inhalation is the main way that asbestos enters the body. Surprisingly, rather than adopting safety standards and switching to safer products and protecting their workers, the companies went an extra mile to conceal the truth about asbestos from their employees, the public as well as the media.

The cover-up: how information on asbestos dangers was kept confidential

When it comes to evidence of the cover-up, nowadays there's plenty of it as internal documents from these companies have come out, proving that they have interfered with scientific study results, restricted key information on asbestos hazards from workers, and failed to accurately label their products.

Covering up important information was not only limited to asbestos companies but also to insurance companies that had a lot to gain from it. Metropolitan Life Insurance Company worked closely with asbestos companies to conceal the health effects of the toxic mineral, as it insured more than a dozen big names in the industry, including: 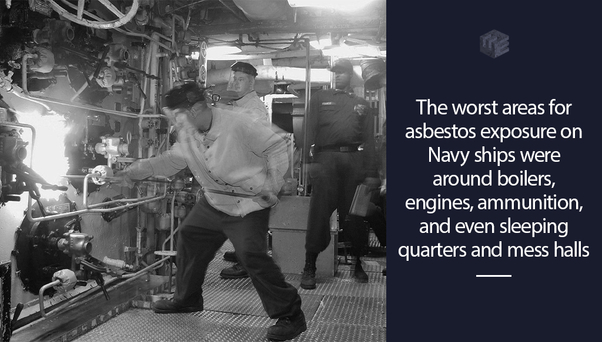 The U.S. government knew as well of asbestos dangers before World War II when they started building thousands of new ships loaded with asbestos insulation. Its health risks are mentioned in Navy correspondence and documents from government archives dating back to the late 1930s. Despite this, there is no actual evidence of a government cover-up. At a few companies, the results of the health check-up of their workers were deliberately withheld and information about the dangers of asbestos was maintained a secret. Asbestos-related diseases are latent, which means it sometimes takes decades for the symptoms to appear following the initial exposure.

Founded in 1858 by Henry Ward Johns and C.B. Manville, the company became a world leader in the sales of asbestos products during the 1940s. Nowadays, we have access to multiple documents demonstrating Johns Manville's perpetual efforts to conceal the dangers of exposure to asbestos, most of which have been discovered following various investigations conducted for asbestos lawsuits. 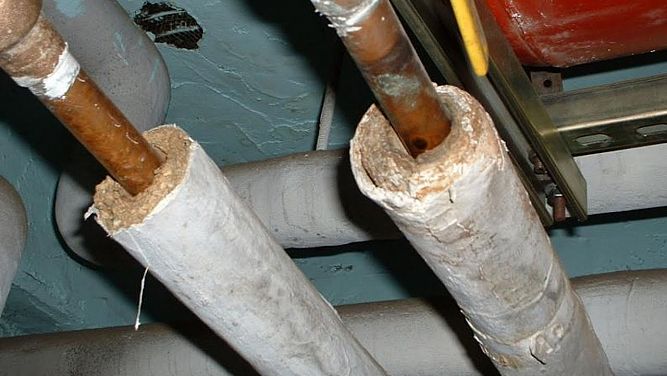 Raybestos-Manhattan, Inc. was founded in 1902 and became a leading company in the production of asbestos-containing textiles, brake linings, and other friction products during the 1920s. The company also strived to hide the terrible effects of asbestos exposure from both its employees and the public by working closely with Johns Manville.

Bendix Corporation, established in 1924 by Vincent Bendix, has been manufacturing asbestos-containing friction materials for automobiles ever since, well aware of the serious health implications of these carcinogenic minerals, and continued to do so until 1997. In 1966, Ernie Martin, the company's director of purchases, showed a report predicting that undesirable government regulations would be soon enforced due to the risks associated with asbestos exposure to Noel Hendry, a sales manager at Johns Manville.

The latter responded "I suppose we have to bear with people who have nothing better to do than creating alarm, but we are not alarmed, and we live and sleep with the stuff.", although incredible asbestos levels of up to 720 fibers per cubic centimeter of air had previously been detected in Johns Manville's mines and mills throughout Canada.

Nevertheless, the most representative example of Ernie Martin's utmost indifference towards the health of Bendix Corporation's employees is contained within a 1966 letter to Johns Manville. Referring to the escalating asbestos epidemic in the U.S., the director of purchases offered what he considered to be the perfect solution, writing "My answer to the problem is: if you have enjoyed a good life while working with asbestos products why not die from it. There's got to be some cause."

It didn't take long for asbestos to cause health damage to those who worked with it. Since the early 1900s, researchers began to notice the prevalence of lung problems, and even deaths, that were present among residents in towns that mined asbestos.

W.R. Grace, also known as W.R. Grace & Co., conspired for decades to hide the dangers posed by asbestos at its vermiculite mine near Libby, a city in northwestern Montana. Evidence has found that when W.R. Grace acquired the Libby mines, they were well-aware that the asbestos-contaminated vermiculate products they were profiting from were endangering the lives of mineworkers, customers, and residents of Libby and the surrounding communities.

As a result of the asbestos-containing products produced, the company was responsible for environmental pollution and the exposure of thousands of townspeople that have been diagnosed with life-threatening conditions.

As of November 2018, the EPA completed cleaning up more than 2,600 properties within Libby as well as Troy and about 7,600 properties had been investigated within the Superfund site. EPA also completed cleanup projects at the former vermiculite processing plants, as well as at all schools and parks in town. Over one million cubic yards of asbestos-containing waste was successfully removed hitherto by virtue of the federal agency's ongoing endeavors.

An estimated 400 people have died of their exposure to tremolite asbestos dust, but health officials suspect the number to be much higher. For years, the hospital was controlled by W.R. Grace, the company that owned the mine, and toxic exposure never appeared on a death certificate in Libby.

In 1925, National Gypsum began manufacturing an innovative form of wallboard, and then expanded its product line to include various other construction products, many of which included asbestos. As a result, their employees and consumers faced asbestos exposure and a series of asbestos-related illnesses.

Despite all internal documents acknowledging the medical literature on the effects of asbestos, most companies, including National Gypsum Co., profiting from its use continued to expose workers and the public to it for decades. In 1958, an inter-office memo from the National Gypsum Co. said, "we know that you will never lose sight of the fact that perhaps the greatest hazard in your plant is with men handling asbestos. Because just as certain as death and taxes is the fact that if you inhale asbestos dust you get asbestosis".

By using asbestos in the recipe for so many products, the largest American-owned producer of gypsum board put a lot of workers at risk for later health problems. Workers in the National Gypsum facilities that made the products were put at risk because they were around asbestos, and many even handled it.

The internal memos from asbestos manufacturers revealed during the initial onslaught of lawsuits eventually forced many asbestos companies into bankruptcy.

By the 1960s, newer developments in the field of both law and medicine exposed the dubious dealings of the asbestos industry and brought an end to the cover-up that would have otherwise continued indefinitely. Asbestos manufacturers were no longer able to keep their conspiracy under wraps, as more and more reputable studies started pointing to the obvious causal relationship between exposure to asbestos and severe pulmonary conditions such as:

Perhaps, the most conclusive results in this respect were revealed by Dr. Irving Selikoff's research conducted between 1962 and 1963. With the help of his fellow scientists, Dr. Selikoff irrevocably demonstrated the connection between asbestos and lung disease and continued to be a relentless advocate for worker's safety.

A series of strict regulations were enforced throughout the 1970s after the Environmental Protection Agency deemed asbestos as a human carcinogen, and the employment of these hazardous minerals dramatically decreased soon after. Nevertheless, had it not been for the tremendous greed the executives of asbestos companies displayed until the very end in their pursuit of financial prosperity, the lives of thousands of workers could have easily been spared by implementing the appropriate protective measures in the workplace or, better yet, by ceasing asbestos use entirely.

Since they were not required to wear any protective equipment on the job, many industrial workers and military veterans breathed in asbestos fibers every day, without knowing the harm they could cause 10 to 30 years later.

When asbestos-containing materials are disturbed or damaged, fibers are released into the air. When these fibers are inhaled they can cause serious diseases. For a variety of reasons, including the fact that the public had no idea of these dangers, asbestos was heavily used by the U.S. Army from the 1930s through the late 1970s. It was used before that time as well, but just before WWII and through the 1980s, it was used in countless applications and put many people at risk. Despite the known health concerns, asbestos was deemed a "service to humanity" due to its range of uses.

If you have been diagnosed with an asbestos-related disease due to asbestos exposure at the workplace, our experienced lawyers will evaluate your case and see if you can file a claim to recover a good amount of financial compensation. To start the legal process, all you have to do is send our legal team your employment or military records, which you must retrieve, and your medical records. Due to our experience and expertise in asbestos litigation, your claim will be properly filed and you can expect the most compensation possible while you can focus on treatment and improving the quality of your life.