U.S. Steel Corp. failed to warn employees, even though they were aware of the asbestos hazard 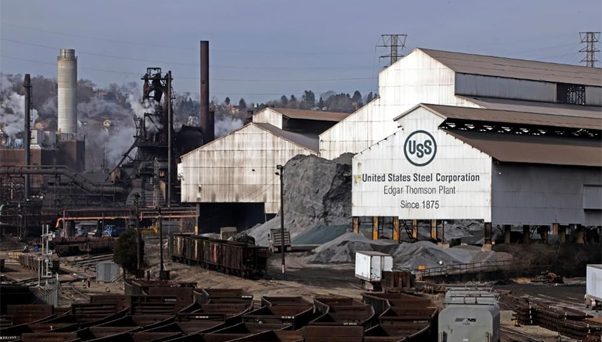 Millions of American workers were exposed to asbestos dust prior to the implementation of asbestos regulation and improved measures. If you or someone you know was employed by a company where asbestos-containing products were used, it is important to be aware of how asbestos exposure may impact your future health.

People affected by asbestos usually have been exposed to it on a regular basis, most often in a job where they have worked directly with the material or through substantial environmental contact. Many industries have turned a blind eye to the known hazardous effects of asbestos exposure for the purpose of securing profits and neglecting the health of their workers.

Asbestos was a major component of the metal fabrication industry

Asbestos use in steel mills has exposed thousands of workers throughout the years and continues to pose a risk to anyone that used to work in a steel mill. A steel mill is an industrial plant that produces heavy metal parts used to construct buildings, bridges, cars and all sorts of other products. Asbestos was used heavily throughout steel mills from the 1940s through the end of the 1970s as a common insulation material. Steel mills used equipment that faced high-heat, and asbestos offered fire protection and heat resistance up to 800 degrees Celsius. U.S. Steel Corp., for instance, is one of those corporations that have a long legacy of dangerous workplace conditions. 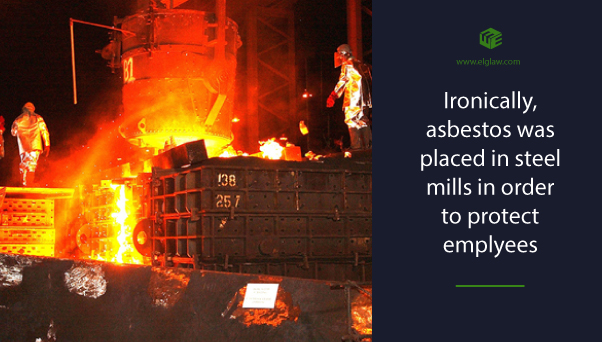 It remained an important producer of steel throughout World Wars I and II, and during the latter, it employed about 340,000 individuals in a variety of positions at many different facilities. In the 80s and 90s, things started to go south. The government stopped the company from acquiring National Steel in 1984. In addition, the company ceased focusing on just steel and chose to diversify, acquiring Marathon Oil in 1982 and eventually became USX Corporation, naming U.S. Steel a major subsidiary. That move turned out not to be a positive one, and U.S. Steel suffered a severe decline becoming less competitive and far less central to the U.S. economy.

Ironically, asbestos was placed in steel mills in order to protect employees. Asbestos insulation would line high-temperature machinery such as boilers, tanks, furnaces, ovens, generators, and more. That's because some of this equipment would reach temperatures of up to 3,000 degrees Fahrenheit.

In addition, employees unaware that they were exposed to deadly asbestos fibers would wear protective gear woven from asbestos materials for the same reason - to protect them from burns and fires. Asbestos masks were literally tied onto their faces, so employees couldn't help but inhale those loose fibers. Sadly, the very material that should have been keeping them safe was making them sick. Though the executives of the U.S.Steel company were familiar with the dangers of asbestos, the use of asbestos-containing materials continued uninterruptedly until the EPA warned against its use in the late 1970s. But, it was very late for most of the workers at U.S.Steel as the damage was done and the toxic asbestos fibers got lodged in their lungs already.

In 1970, the Clean Air Act includes asbestos in its list of hazardous air pollutants and gave the EPA the power to regulate the use and disposal of asbestos. But for most steelworkers, it was too late to stop the eventual diagnosis of mesothelioma or some other asbestos-related disease.

Metalworkers are at a high risk of asbestos exposure

The latest statistics for yearly deaths released by the International Commission of Occupational Health included 34,270 fatalities from lung cancer, 3,161 from mesothelioma, 443 from larynx cancer, and 613 from chronic asbestosis.

Metal workers and steel mill jobs with a high risk of asbestos exposure:

U.S. Steel workers are at risk of asbestos-related diseases

Although the use of asbestos has decreased considerably in the U.S., it is estimated that 1.3 million employees in the general industry are still exposed to asbestos in their workplace. Workers are still being exposed to significant amounts of asbestos when asbestos-based materials are disturbed during repair, renovation, removal, or maintenance. Under these circumstances, asbestos fibers are released into the air and without proper protection, exposure can occur by inhalation. The more liable asbestos-containing materials are to be damaged, the greater the risks of developing asbestos-related diseases. When asbestos fibers are breathed in, they can lodge in the lung tissue, causing

Asbestos exposure has also been linked to other types of cancer like: 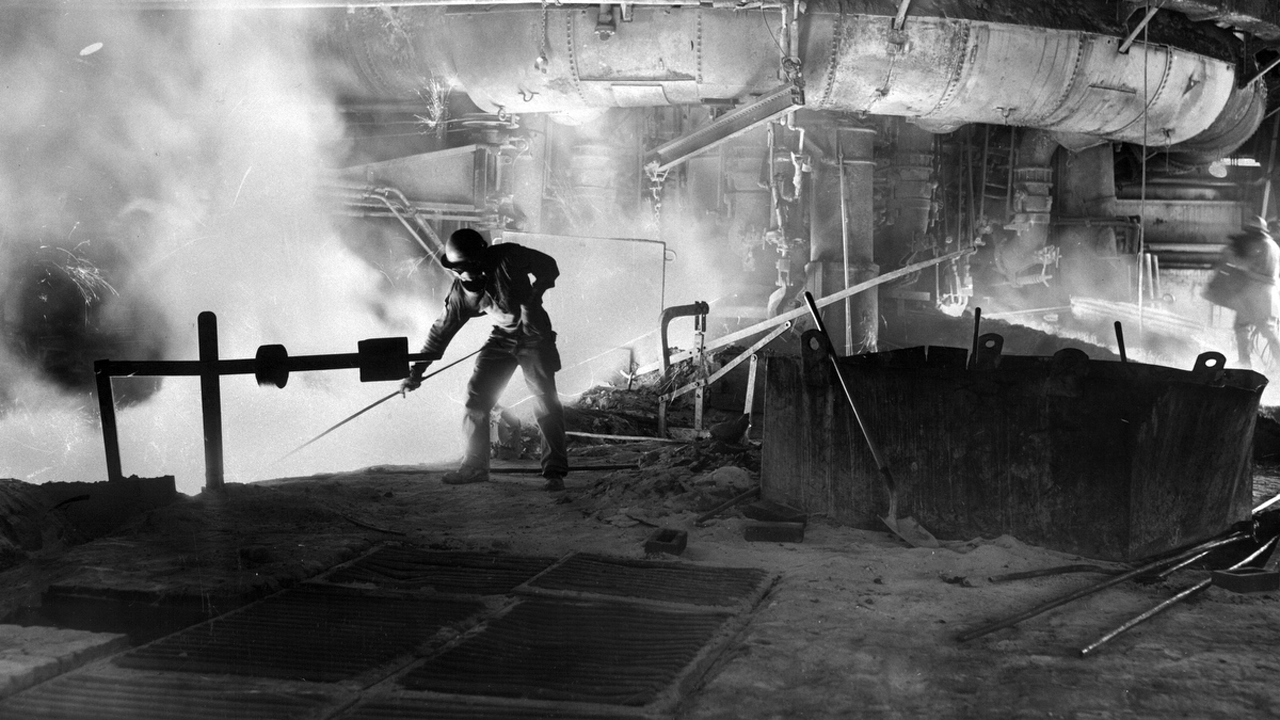 U.S. Steel Corp. faces thousands of dollars in fines over accusations that the company failed to create a regulated area for handling asbestos as well as failing to notify employees of the presence of asbestos-containing material in their work area. Thus, in 2016, the U.S. Steel was ordered by a jury to pay $170,000 for exposing seven employees to asbestos, assigning them tasks that put them into direct contact with the hazardous material.

If you or an immediate family member once worked in the steel manufacturing industry and have since been diagnosed with an asbestos-related condition, contact Environmental Litigation Group, P.C. today. Those who have been harmed by their employment at U.S. Steel facilities or any of the company's subsidiaries should give serious thought to filing a claim in order to receive compensation for their injuries.