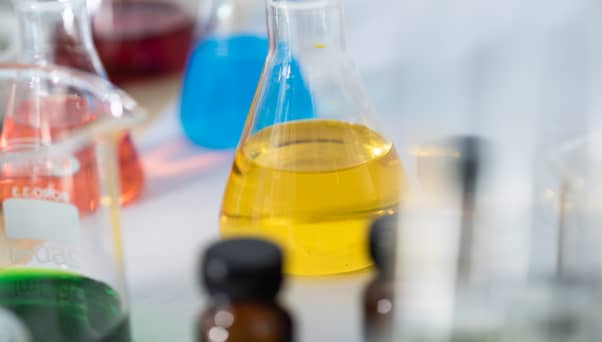 By now, most people are aware of the presence of benzene in numerous sunscreen products on the market and the fact that exposure to the chemical is very dangerous, being able to cause acute myeloid leukemia. However, they might not know everything the study found and how benzene acts once inside the body.

On May 25, 2021, the independent pharmacy Valisure published a study on the most popular sunscreens on the market. Naturally, the findings sparked outrage among consumers, as famous brands such as Johnson & Johnson and Coppertone were among the ones whose products were contaminated with benzene, a human carcinogen. Benzene is a very toxic chemical that is a colorless or light yellow liquid at room temperature, highly flammable, and has a sweet odor. It evaporates in the air very rapidly, as benzene vapors are heavier than air.

The researchers of Valisure examined 294 unique batches from 69 different companies of sunscreen. Even within a single company, considerable variability from batch to batch was noticed. These are the mild findings of the study led by the independent pharmacy and, for reference, the safe limit of benzene, in this case, is 2 ppm (parts per million):

However, benzene was not found in 217 batches of sunscreen from 66 different brands through initial analysis of at least one sample. Benzene contamination was detected in sprays, lotions, and gels with chemical and mineral formulations.

The study's most outrageous discovery was that 27% of the sunscreen samples examined by Valisure contained detectable benzene, and some batches had up to three times the safe concentration limit of 2 ppm. To enrage consumers even more, some sunscreens from Johnson & Johnson were subsequently found to contain a benzene level 5 to 12 times higher than the safe limit. Nevertheless, the company insists that their products "would not be expected to cause adverse health effects" even with regular exposure, as they do not contain that much benzene.

"Valisure's research identifying benzene contamination in multiple over-the-counter sunscreen products is an extremely important discovery for several reasons. First, it warns people practicing sun protection and skin care that some, but not all, sunscreens have potentially hazardous benzene contamination. Second, it is important for people, especially heading into the summer months, to understand that many sunscreen products tested by Valisure did not have benzene contamination, and those products are presumably safe and should continue to be used, along with appropriate hats and sun-protective clothing, to mitigate skin cancer risk", according to Dr. Christopher Bunick, Associate Professor of Dermatology at Yale University.

Benzene is a human carcinogen, according to the following regulatory agencies and numerous others:

These agencies list inhalation, skin absorption, ingestion, and skin or eye contact as exposure routes. With exposure to contaminated sunscreen, your skin will absorb the chemical, but you may also inhale it if you use aerosol sunscreen.

Documenting the toxicity of benzene over history

Benzene toxicity was first established over 120 years ago. The blood toxicity of benzene was described in 1897. Furthermore, a study from 1939 stated that "exposure over a long period of time to any concentration of benzene greater than zero is not safe." This comment has been reiterated in a 2010 review of benzene research that specifically states, "There is probably no safe level of exposure to benzene, and all exposures constitute some risk in a linear, if not supralinear, and additive fashion." Benzene is usually associated with blood cancers such as leukemia, making absorption through the skin especially concerning, as there have been many studies by the Food and Drug Administration researchers that show that chemicals in sunscreens are found in the blood in high concentrations following application to the skin.

"Benzene is one of the most studied and concerning human carcinogens known to science. Its association with forming blood cancers in humans has been shown in numerous studies at trace levels of parts per million and below. The presence of this known human carcinogen in products widely recommended for the prevention of skin cancer and that are regularly used by adults and children is very troubling", said David Light, Founder, and CEO of Valisure. The Food and Drug Administration has determined that it is a bad idea for benzene to be used in standard pharmaceutical manufacturing because of the chemical's unacceptable toxicity. Nonetheless, currently, there is no safe exposure limit for benzene. The 2 ppm concentration limit applies only in special circumstances, not including sunscreen production.

A brief toxicological profile of benzene

The main exposure route to the chemical is inhalation, which is why people who have been using aerosol sunscreens with benzene should pay close attention to their health and seek medical attention immediately if they experience any of the following symptoms:

Acute exposure to high concentrations of benzene may result in central nervous system disturbances consistent with solvent exposure. One of the characteristic health consequences of chronic benzene exposure is aplastic anemia, resulting from the suppression of bone marrow tissue. Moreover, benzene exposure is also heavily associated with multiple types of leukemia when it comes to cancer, although it can also cause lymphoma and myeloma. It is very important to know that you can only file a benzene sunscreen claim if you developed acute myeloid leukemia, as this is the only diagnosis that has a definitive connection with benzene exposure.

It is currently hypothesized that the carcinogenic effects of benzene are predominantly mediated via metabolites such as benzene oxide. Benzene is metabolized mainly in the liver to multiple products and their conjugates. The mechanism of inducing aplastic anemia seems to involve the action of several metabolites acting together on early stem cells, as well as on blast cells, to inhibit maturation and amplification. Benzene metabolites also inhibit the function of stromal cells necessary to support the growth of differentiating and maturing marrow cells. As for the mechanism of benzene-induced leukemia, it is less well understood at the moment.

Skin absorption of benzene is usually considered a less risky way of exposure. When applied as a discrete droplet, 99.9% of the applied dose may vaporize from the skin surface before being absorbed. However, excessive skin contamination could be a substantial contribution to the daily intake, and, thereby, skin contact with benzene should be avoided. Consequently, if you still have a sunscreen that contains benzene, it is best to dispose of it and instead buy a safe, non-toxic product. If you have no idea where to shop for a good sunscreen, check out our Benzene Sunscreen Replacement Initiative, by which you can request products from the ethical companies we collaborate with.

While benzene is poorly absorbed through the skin, excessive contact might cause signs consistent with the effects of organic solvents, such as:

Lastly, benzene is also a human clastogen, a mutagenic agent that interferes with normal DNA processes. For this reason, chronic exposure can result in structural and numerical chromosomal aberrations in the lymphocytes and bone marrow cells. This effect may be observed within at least five years after the person ceases to be exposed to the chemical.

With almost three decades of professional experience, our attorneys and their legal team are ready to provide you with quality assistance if you developed acute myeloid leukemia due to the use of sunscreen contaminated with benzene. After you call us, you just have to thoroughly describe your situation, answer a series of questions, and send our legal experts proof that you have a diagnosis related to benzene sunscreen use.

Once they have all the necessary documents from you, our lawyers will begin analyzing your case. If they determine you are entitled to financial compensation, they will soon start preparing your benzene sunscreen claim for submission. You can go on as usual with your life during the legal process, as we will take care of the most challenging and complex aspects on your behalf. In the end, you will benefit from the largest sum of money available for your diagnosis from the liable company.