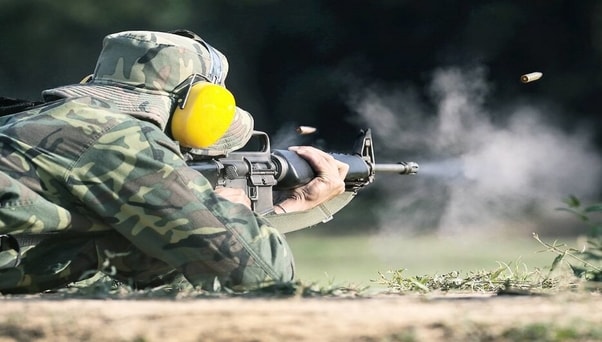 Veterans who served between 2003 and 2015 were given defective Combat Arms earplugs manufactured by 3M, which increases their risk of developing tinnitus to a great extent. At the moment, tinnitus is the most commonly reported disability among veterans throughout the country.

People who served in the U.S. military between 2003 and 2015 were provided with Combat Arms earplugs, which were manufactured by the renowned company 3M. Initially, Aearo Tecnhologies Inc. was producing the defective earplugs, but the company was acquired by 3M in 2008 and continued to manufacture products with a faulty design. These earplugs were defective, as they would not completely shield individuals from loud noises, such as the sound of military weapons, ground vehicles, aircraft, and ships. It is estimated that 15,000 packages of Combat Arms earplugs, each containing 50 pairs of earplugs, were delivered to the military every year within this period of time. As a consequence, numerous veterans struggle with tinnitus, as well as with partial or permanent hearing loss, which is a condition entailing the person occasionally or constantly hearing a ringing sound or a pulsating, roaring, chirping, whistling, clicking, or whooshing sound in their ears. While it is invisible, the condition may cause great distress to the people who suffer from it, as tinnitus can easily distract veterans from performing daily activities and make it difficult to focus. According to medical studies, approximately 75% of veterans who used the defective 3M Combat Arms earplugs are affected by tinnitus. Tinnitus may occur during military service or afterward, depending on the frequency and the intensity of exposure to loud noises.

Tinnitus, the most common disability among veterans

According to the VA, tinnitus is currently the most commonly reported disability among veterans. In 2015 alone, over 150,000 veterans were diagnosed with tinnitus. The condition may lead to hearing loss over the years, as there is no cure for it. Nevertheless, it can be alleviated by taking anti-anxiety medication, which will diminish the severity of the symptoms accompanying it. Some of the symptoms veterans with tinnitus experience on a daily basis are:

Undoubtedly, struggling with tinnitus, especially if it is constant, can lower the quality of life to a great extent. For this reason, the VA recognizes tinnitus as a serious disability among veterans and also provides financial compensation to the people suffering from it after they file a claim. If you are a veteran who has tinnitus following the use of the defective 3M Combat Arms earplugs, please contact our attorneys, as they can help you file a claim both with the VA for disability compensation and with the responsible company that manufactured the products. With the assistance of a specialized attorney, you are bound to recover the maximum compensation you are entitled to from all the liable parties.

How do I know if I am at risk of developing tinnitus? 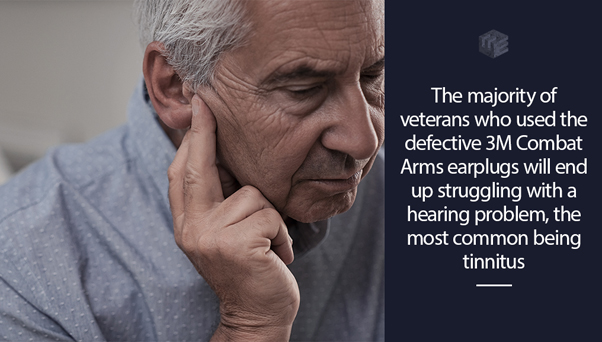 Unfortunately, the majority of veterans who used the defective 3M Combat Arms earplugs will end up struggling with a hearing problem, the most common being tinnitus. If you served between 2003 and 2015, you were certainly provided with defective earplugs, which places you at high risk of developing tinnitus.

Nonetheless, in most cases, veterans notice tinnitus during or immediately after military service, as it is a condition that can be immediately triggered by constantly being exposed to loud noises without adequate protection. Therefore, if you notice a ringing in your ears that does not seem to stop, please seek medical attention, as you may have developed tinnitus. Not only will a correct diagnosis help you receive treatment for your condition, but it will also make you eligible for filing a claim to obtain the financial compensation you deserve.

Quality assistance for veterans who struggle with tinnitus

With over 25 years of professional experience, our attorneys will help you recover the compensation you deserve if you are a veteran who developed tinnitus after using the defective 3M Combat Arms earplugs during military service.

The only documents we will need from you are your military records, which you must retrieve, and medical records, which will stand as evidence for your claim. Your claim will be filed both with the VA and with the liable company, namely 3M, so that you can obtain the maximum compensation available. Although the process is complex, it will require minimal involvement on your part and it will unfold mostly over the phone. It is worthy of note that there is no time limit for filing a claim with the VA for tinnitus.

Lastly, you should know that our law firm works on a contingency fee basis, which means that you will not have to pay our legal team anything unless they recover financial compensation for you from the liable company.