This veterans day, let's focus on helping military service members and their families 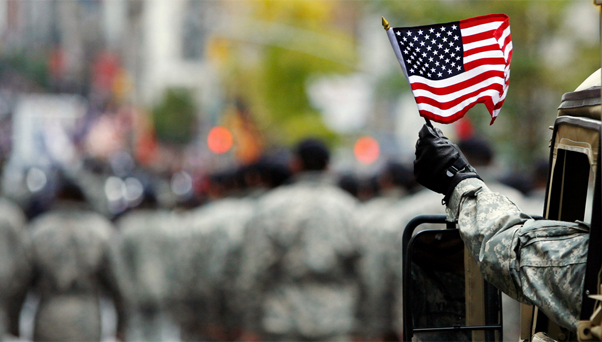 Veterans Day is a day to honor those who bravely served our Nation and proudly worn our country's uniform. It is also important that we don't overlook the sacrifices of those who support our military and therefore, this Veterans Day, lets remember the millions of men and women who made daily sacrifices as a military spouse.

Originally known as "Armistice Day", Veterans Day was first celebrated to mark the end of World War I in 1918, which officially ended at the 11th hour of the 11th day of the 11th month. It became a federal holiday in 1938 and after the Korean War and World War II, Armistice Day was known as Veterans Day. On June 1, 1954, President Eisenhower signed the legislation introduced by congressman Edward Rees to change the name of Armistice Day to Veterans Day. Since then, November 11 has been officially celebrated for honoring veterans who have served in the United States Armed Forces for their unwavering courage, sacrifice, and love for the country.

Veterans Day is special because it honors the many military figures who have done incredible things to ensure the safety of the American people. There are many ways you can contribute to show gratitude and appreciation to our veterans who have served our country during peace or wartime:

From service to sickness 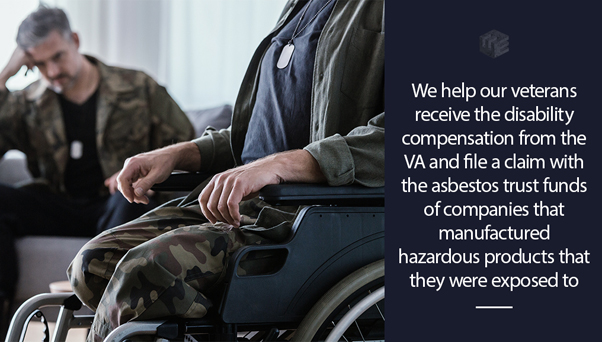 In addition to the known threats of combat, military members who have served the United States of America faced many silent health risks as a result of exposure to harmful chemicals as part of their military occupation.

Members of the military carried an elevated risk of illness simply due to toxic exposures from their active duty 24 hours a day, 7 days a week.

Even for those who have never been in combat, the risk of exposure to various toxic substances is very real, and this exposure may result in injury or illness that does not develop until much later in life.

Veterans injured by toxic agents while on their service to the nation are entitled to receive compensation from the VA as well as the asbestos trust funds. Nearly 30% of veterans have developed a disease as a result of their asbestos exposure during their service years between 1920 and 1980.

Veterans should provide documents related to military and medical records, which will be used as proof of asbestos exposure and related diagnosis. We help our veterans receive the disability compensation from the VA and file a claim with the asbestos trust funds of companies that manufactured hazardous products that they were exposed to.

We prioritize veterans' claims as they served our nation selflessly and now they deserve being compensated for their health damages caused due to toxic exposure during their service. We encourage veterans who have received a diagnosis of the condition related to toxic exposure or have symptoms related to such disease, to contact us and get a case evaluation. A careful examination to detect asbestos fibers in the lungs will be conducted by our medical experts if veterans do not have a diagnosis.

We are ready to help veterans suffering from toxic exposure illnesses

Exposure to toxic PFAS, asbestos, and other environmental hazards can cause major health problems for veterans, but they may be able to receive compensation due to being exposed to them.

It is our duty to highlight toxic exposure illnesses among former military members in an attempt to push for quicker action on what they see as an ongoing health crisis.

Our work is focused on helping disabled veterans and their families receive the benefits they need and the compensation they deserve. We too love our country and are passionate about serving those who first served us.