Veterans and exposure to ionizing radiation 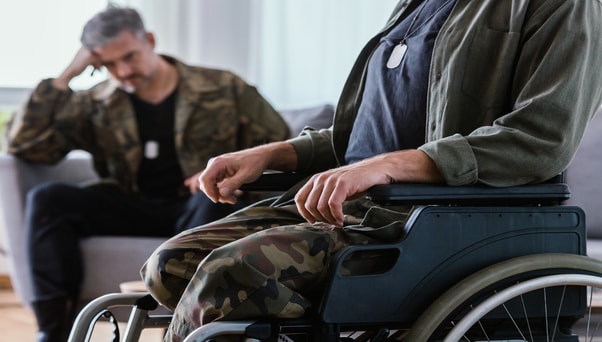 It is important to make the connection between your disease and exposure to ionizing radiation that occurred in the military as a veteran, as this is the only way you can become eligible for receiving a series of VA benefits such as financial compensation and low-cost or free healthcare.

Which groups of veterans were exposed to ionizing radiation?

Furthermore, veterans who served in at least one of the following locations and capacities may also seek financial compensation and healthcare from the VA, as they were also exposed to a considerable level of ionizing radiation. Another essential aspect to keep in mind if you intend to apply for VA compensation or healthcare is that you must not have been discharged from the military dishonorably.

It is worthy of note that, in order to qualify for VA benefits, you must have spent at least 250 days before February 1, 1991, in a gaseous diffusion plant while on active duty. Additional circumstances in which veterans may have been exposed to ionizing radiation include:

If you are a veteran who developed a disease following exposure to ionizing radiation in the military, we strongly advise you to apply for VA benefits with the help of a specialized attorney, as the process is quite complex and challenging and is very likely to not result in the maximum amount of financial compensation you are truly eligible for if you apply on your own. With over 25 years of experience in providing quality assistance to veterans injured by toxic exposure, our attorneys are ready to help you file a VA claim for compensation, which will also make healthcare and treatment more affordable for you.

What diseases can exposure to ionizing radiation cause in veterans?

While there is a wide range of diseases exposure to ionizing radiation can result in, there are only certain health issues recognized by the VA as the consequence of this occurrence. The following are the malignant diseases that exposure to ionizing radiation can lead to, as well as some of the diagnoses that make veterans eligible for filing a VA claim for disability compensation:

Regardless of your diagnosis, we encourage you to seek the assistance of a specialized attorney if you want to apply for VA benefits such as disability compensation since only they will be able to obtain the maximum sum of money you are eligible for. With the help of their legal experts, they will gather all the necessary evidence and file a VA claim on your behalf so that you can enjoy the largest amount of compensation you deserve for your diagnosis.

With over 25 years of experience in providing legal assistance to victims of toxic exposure, our attorneys are ready to offer you the help you need in applying for VA disability compensation as a veteran injured by ionizing radiation exposure. Although the legal process is very complex and challenging, particularly if your disease does not have a definitive connection to exposure to ionizing radiation, your involvement will be minimal, as you will only have to send your attorney your military and medical records, documents that will be used as evidence to support your VA claim. Furthermore, our legal experts will conduct in-depth research to discover additional evidence for your case. Eventually, you will benefit from the maximum compensation available for your diagnosis if you choose to file your VA claim with the assistance of our resourceful legal team. For more information, do not hesitate to contact our law firm and we will gladly answer your questions.