Why many veterans struggle with cancer 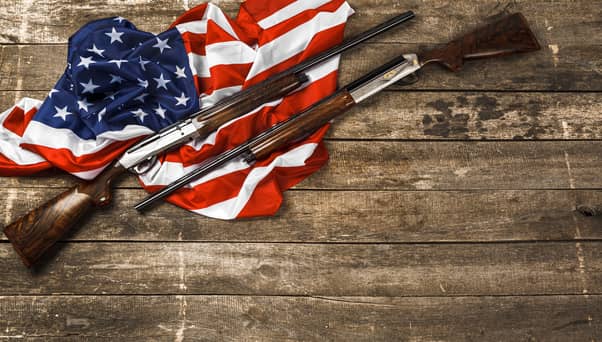 The number of veterans who develop cancer is expected to increase in the near future as this demographic ages, and one of the reasons why cancer is becoming more and more prevalent among veterans is toxic exposure in the military. Two of the most common toxic agents people were exposed to in the military are asbestos and PFAS.

Every year, over 48,000 cases of cancer occurring in veterans are reported to the VA's Central Cancer Registry. Veterans account for 3% of all cancer diagnoses in the United States. While cancer may strike veterans for numerous reasons, such as tobacco smoking or an unhealthy lifestyle, numerous of these people actually come to struggle with cancer as a consequence of exposure to toxic agents in the military.

Regrettably, the majority of the general public is not aware of the dangers members of the military encounter while on active duty in the form of hazardous substances. Alarmingly, a significant number of medical professionals also fail to take into consideration the theory that a veteran's cancer is the result of toxic exposure. This usually leads to misdiagnosis, which greatly affects the prognosis and the life expectancy of the veteran.

Since the beginning of the last century, members of the military have been exposed to countless toxic agents

There are plenty of toxic agents veterans were exposed to while on active duty, ranging from asbestos and mustard gas to Agent Orange and PFAS. Most of these hazardous substances are carcinogenic. However, to make matters worse, the majority of veterans were exposed to more than one toxic agent while serving in the military, which highly increases their risk of developing cancer.

Every toxic agent is associated with several types of cancer, depending on how it acts once it reaches the inside of the human body. The following are two of the toxic agents a large number of the veterans we have assisted in recovering financial compensation were exposed to in the military, as well as the malignant diseases they can cause.

Because it has multiple convenient properties, such as resistance to extreme heat and fire, durability, and inability to conduct electricity, asbestos was the most popular material in over 70 different industries between the 1920s and the 1980s. Exposure to asbestos, which occurs via inhalation or ingestion, will lead to the development of cancer within 20 to 50 years of a person's first contact with the mineral, which is why veterans who served within this period of time should pay close attention to their health and undergo regular screenings.

Perhaps the most scandalous aspect of the entire asbestos ordeal is the fact that companies that made use of asbestos had been aware of the terrible diseases exposure to it can cause ever since the beginning. Nevertheless, they strived to cover up the finding of reputable medical studies pointing to the connection between asbestos exposure and lung disease for their own financial gain. The following are the cancers veterans with a history of asbestos exposure may develop as a result of having breathed in or swallowed toxic fibers:

Asbestos was particularly present in the U.S. Navy, as, aboard every ship, there were over 300 different asbestos products that inevitably released carcinogenic fibers in the air with the slightest disturbance. Therefore, veterans who served before the 1980s need to pay close attention to their health and seek immediate medical attention if they experience worrisome symptoms.

We strongly advise veterans who were exposed to asbestos and receive their first related diagnosis to seek a second opinion, as diagnosing diseases that stem from asbestos exposure is extremely challenging even for the most experienced medical professionals. The rate of misdiagnosis among victims of asbestos exposure is very high.

As a group of toxic fluorinated chemicals, PFAS are currently present in the blood of every American, as they lurk in fast food containers, nonstick cookware, and water-resistant clothing. Nonetheless, when the level of PFAS in your blood is low, your chances of developing cancer are also relatively low. PFAS are also known as "forever chemicals," as once they are released in the environment, they do not break down, and they persist.

In the case of veterans, exposure to PFAS took place either as part of their job as military firefighters or while being stationed on contaminated military bases. The main source of PFAS contamination on military bases is the use of aqueous film-forming foam, commonly known as AFFF, to extinguish jet fuel and petroleum fires. This otherwise very effective fire suppressant was developed by the U.S. Navy together with the renowned 3M company in the 1960s and has been used ever since by both civilian and military firefighters. AFFF contains very high levels of PFAS.

Exposure to PFAS occurs via inhalation or ingestion and, once these carcinogenic substances enter your body, they will reside there forever, accumulating around various organs and being able to ultimately lead to a type of cancer. The following are the malignant diseases you can come to struggle with if you were a military firefighter or if you were stationed for a long time on one of the 700 contaminated military bases throughout the country:

Like the issue of asbestos exposure, which has been kept a secret for six decades, the problem of PFAS contamination has only recently come to light, as more and more veterans have come to struggle with cancer as a consequence of toxic exposure. If you were a military firefighter or were stationed on a contaminated military base military base, we suggest you closely monitor your health and announce your healthcare provider if you experience any unusual symptoms:

The Environmental Protection Agency is working on removing the PFAS from 103 military bases where PFAS are lurking in tremendous amounts at the moment. However, because PFAS are extremely difficult and challenging to completely remove from the environment, the cleanup efforts of the organization are relentless. What is unnerving is that many of these polluted military bases are still in use nowadays, and military members, as well as the surrounding communities, are permanently exposed to the dangerous PFAS.

Undoubtedly, the fact that veterans, the very people who put their lives at stake while defending our country, are developing cancer, which is often deadly, is very infuriating and unjust. Nevertheless, we cannot turn back time and what we can do now is raise awareness of the issue of PFAS exposure on military bases, which is still ongoing at the moment. While asbestos is, fortunately, a thing of the past, the Environmental Protection Agency, as well as other organizations, must take the task of cleaning up the polluted military bases more seriously and act more efficiently.

A small but hopefully heartening thing we thought of initiating to put a smile on the face of a sick veteran is our Kindness campaign. It entails preparing gift baskets for veterans who are struggling with cancer that can contain a wide variety of items, from cooked or raw vegetables to useful and practical objects such as soap, heating pads, or comfy socks. By now, the campaign has exceeded our expectations, as plenty of people from various backgrounds got involved and shared a little joy with a veteran whose day needed to be lit up. If you too are willing to join our Kindness campaign, all you have to do is fill out the form at the end of our main campaign page and subsequently prepare a gift basket, which we will send to a sick veteran and their family.

Since 1990, our law firm has dedicated its endeavors to helping people affected by toxic exposure obtain the financial compensation they were eligible for from the liable companies. Veterans represent one of the main categories we provide our services to in addition to former industrial workers, and we highly prioritize the cases of veterans, as we are aware that they are usually in a lot of pain and suffering, as well as in desperate need of financial resources to afford the healthcare and treatment their cancer requires.

If you are a veteran who developed cancer as a result of toxic exposure that occurred in the military, we encourage you to contact our attorneys, as we are here to help you recover the compensation you may qualify for from the responsible companies. Your involvement in the legal process will be minimal, as you will only have to send our legal team your military records, which you must retrieve, and your medical records. Eventually, within a few months to one or more years following claim submission, depending on how many toxic agents you were exposd to, you may receive the money you deserve for your distress.