Zantac use increases the risk of developing esophageal cancer 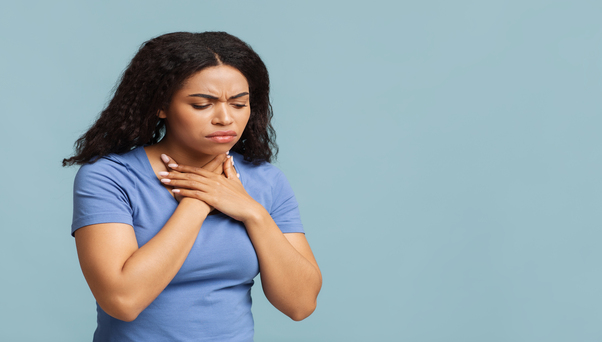 Recent medical studies found that using the drug ranitidine, commonly sold under the brand name Zantac, is associated with a high risk of esophageal cancer. Because this medication contains unsafe concentrations of NDMA, a carcinogenic substance, people who regularly take it may come to struggle with esophageal cancer.

By the end of 2022, approximately 20,640 people will have received a diagnosis of esophageal cancer. Men are 3 to 4 times more likely to develop this disease than women. Esophageal cancer has a relatively poor prognosis, as only 20% of patients survive for five years or longer following diagnosis. While the most common causes of this cancer include tobacco smoking, obesity, gastroesophageal reflux disease, and excessive alcohol consumption, regular oral Zantac use is also a risk factor. The Food and Drug Administration found elevated levels of the chemical NDMA in this medication, which is a probable carcinogen.

Paradoxically, while people are prescribed Zantac to treat gastroesophageal reflux disease, a condition that is a risk factor for esophageal cancer in and of itself, taking the drug also increases the chances of developing this cancer. Individuals who take Zantac for one year or longer are 3.5 times more likely to come to struggle with esophageal cancer than people who use other antacid drugs. Although no explicit link between taking this medication and esophageal cancer has been found yet, there is relevant medical evidence in this regard. The following are some of the most notable symptoms of esophageal cancer:

The NDMA concentration in Zantac is over 500 times higher than the safe daily limit set by the Food and Drug Administration. If you have taken Zantac after October 1984 once a week for at least six months and received a diagnosis of esophageal cancer, we strongly encourage you to get in touch with our experienced attorneys. However, it is important to know that you must have developed the disease within 20 years of your last dose to become eligible to file a claim with the manufacturer, GlaxoSmithKline. If you suffer from another qualifying disease, please do not hesitate to contact our legal team, as you are most likely entitled to financial compensation.

The association between esophageal cancer and Zantac use

A meta-analysis investigating the association between digestive tract cancers and NDMA exposure found the chemical to have a significant positive effect on the incidence of these diseases, including esophageal cancer. More specifically, researchers discovered that NDMA exposure is likely to cause squamous cell carcinoma, which usually occurs in the upper and middle part of the esophagus. It is one of the most common types of esophageal cancer, along with adenocarcinoma, which develops in the glandular tissue in the lower segment of the organ.

In another study from the medical journal Cancers, people who took Zantac regularly for one year or longer displayed considerably higher rates of esophageal cancer, as opposed to a control group of individuals using other antacid drugs. Multiple studies also examined the relationship between dietary NDMA exposure and gastrointestinal cancers, including esophageal cancer and:

Although the results of this study are mixed, including positive, neutral, and negative associations, most studies report positive associations, many of which are statistically significant. Mounting evidence indicates that esophageal cancer risk from oral use of Zantac may be real. While trace amounts of NDMA are usually safe to ingest, the unsettling concentration of this toxic chemical in the drug makes it extremely dangerous.

Some medical studies indicate that, due to the instability of ranitidine, the body may produce even higher amounts of NDMA after taking Zantac. Lastly, it is important to note that if you have additional risk factors for esophageal cancer in your life, such as smoking, excessive alcohol consumption, or obesity, your risk of developing the disease increases tremendously.

The estimated value of esophageal cancer Zantac lawsuits is $400,000. If you decide to file a claim with the manufacturer of Zantac, the financial compensation you can receive will be of great help regarding your healthcare and treatment costs. Not only will taking legal action provide you with money, but it will also hold the responsible company liable for negligence, which may discourage such disregard for public health in the future. We specialize in toxic exposure and defective drug cases, having recovered over 1.4 billion for our clients.

Our attorneys have the necessary experience and resources to offer you the assistance you need if you are seeking legal recourse. We will only request evidence of you having taken Zantac after 1984 and your medical records clearly stating your esophageal cancer diagnosis. These documents will serve as a starting point for our legal team to evaluate your case. If you qualify for compensation, we will promptly file your claim, and, eventually, you will receive the money you deserve for your suffering.