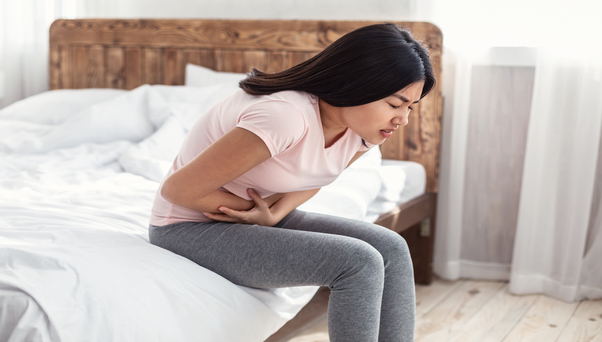 Occurring in 1 or 2 people in one million every year in the United States, appendix cancer is very rare. Some of the causes of this disease are tobacco smoking and having a family history of appendix cancer. However, recent studies found that it can also be the result of toxic exposure.

The appendix is a narrow pouch normally located in the lower-right part of the abdomen. It is a reservoir of good bacteria that support digestive health. Appendiceal cancer occurs as a consequence of changes to the genetic material within the organ's cells. These changes can be triggered by smoking and aging but also by exposure to toxic chemicals such as those lurking on military bases across the country. Approximately 50% of appendix tumors are malignant. Some of the most common types of appendix cancer tumors are:

There are also multiple types of benign tumors occurring in the appendix. Since the appendix is part of the colon, cancer affecting it usually looks and behaves like colorectal cancer. It is worthy of note that appendix cancer is asymptomatic in most individuals until it spreads to other organs, which is why it is often found during a medical examination or procedure ordered for another reason. If you were stationed at Camp Lejeune between 1953 and 1987 and now struggle with appendix cancer, do not hesitate to contact our attorneys, as you may be entitled to compensation. Our specialized legal team will file a Camp Lejeune toxic water claim or lawsuit for you.

The link between appendix cancer and toxic exposure

Although the medical literature is very scarce in studies examining the association between appendix cancer and exposure to toxic chemicals, scientists have linked exposure to certain substances and drugs to a higher risk of developing this disease. In the spring of 2019, a former Marine appealed the decision of the VA, which had denied him service connection for appendiceal carcinoma and colon carcinoma.

Douglas L. Hedley was deemed ineligible for VA benefits such as disability compensation and pension. The veteran served in the Marine from August 1975 to August 1981, having been stationed at Camp Lejeune for approximately five months. In 2017, Hedley had acute appendicitis, and his appendix was surgically removed. The pathology revealed a goblet cell carcinoid tumor on his appendix.

At the time, neither colon cancer nor appendiceal cancer was on the VA list of diagnoses that make veterans who spent time at Camp Lejeune entitled to benefits. Consequently, the man was not warranted a presumption of service connection. The veteran claimed that his diagnoses have a connection with his service because they involve body parts similar to those on the presumptive list:

Before 2022, veterans with appendix cancer did not qualify for VA benefits. Nevertheless, today, by virtue of the Camp Lejeune Justice Act, this diagnosis is recognized by the VA, and veterans who lived on the military base for at least 30 consecutive days can receive disability compensation and healthcare benefits.

With over two decades of experience in pursuing toxic exposure cases, our skilled attorneys are ready to provide you with the legal assistance you need if you stayed at a contaminated military base and developed appendix cancer. Because we know how overwhelming struggling with such a terrible disease can be, we will do all in our power to ease the legal process for you. If you are a veteran, you will only have to send our attorneys your military records, which you must retrieve, and your medical records.

Family members whose health was affected by toxic exposure at military bases will have to send our legal team proof of their stay there and their medical records, too. These documents will offer a starting point for our resourceful attorneys in determining whether you are eligible to file a claim. If you qualify for compensation, we will begin preparing your claim for submission as soon as possible, and you will eventually obtain the largest sum of money available for your appendix cancer diagnosis.