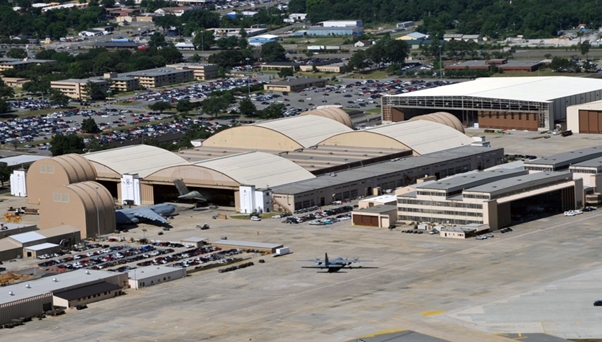 For many servicemen and women, there are long-term effects of their time in the military. These can be in the form of post-traumatic stress disorders, physical wounds, and scars, and illness from exposure to chemicals like perchloroethylene (PCE), dichloroethene (1,2-DCE), and vinyl chloride, resulted from military-affiliated operations.

Veterans, active component service members, and their families who lived at military bases across the country are now facing a high rate of breast cancer due to continuous or repeated contact with toxic substances.

If you have a current diagnosis of breast cancer that you believe could be related to toxic substances on a military base, our team of experts is here to help you understand what your legal options are. You could be entitled to financial compensation for mounting medical bills, lost income or earning ability, physical pain and suffering, and decreased quality of life.

People who lived at or worked on US military bases may have been exposed to toxic solvents or cleaning chemicals used for general maintenance. For example, contaminated groundwater at Camp Lejeune in North Carolina can cause male breast cancer, a sporadic disease.

"We observed an accelerated onset of male breast cancer among those stationed at Camp Lejeune compared to other bases," the Agency for Toxic Substances and Disease Registry said in a study published in the journal Environmental Health, adding that seven other cases involving male breast cancer were found.

The unusual incidence of male breast cancer at the base was first reported in 2009. Scientists looked at 444 men born before 1969 in the Marines and have been treated for certain cancers at the VA health care facilities. They found that 30 of them stationed at Camp Lejeune during the worst contamination case in U.S. history were later diagnosed with male breast cancer.

Although male breast cancer is sporadic - with an incidence of about 1 in every 100,000 men, ATSDR scientists said the numbers suggested a possible association between male breast cancer and cumulative exposure to multiple contaminants found at Camp Lejeune.

Perchloroethylene (PCE) is a volatile, highly stable, and nonflammable liquid; for these chemical properties, it is widely used by the military and industry as a degreasing solvent for machine parts and aircraft.

The U.S. Environmental Protection Agency (EPA) has classified PCE as "likely to be carcinogenic to humans" based on sufficient evidence of carcinogenicity in animals and suggestive evidence in humans. The International Agency for Research on Cancer (IARC), a division of the World Health Organization (WHO), has also concluded that PCE is "probably carcinogenic to humans"based on similar evidence.

PCE is toxic to humans, even at deficient concentrations. Consistent with experimental evidence, a few key studies suggested a correlation between breast cancer and trichloroethylene. In addition, some studies suggest that early-life exposure to some chemicals, including PCE - in the womb, during puberty, and during pregnancy - may influence breast cancer risk later in life.

If you developed breast cancer due to toxic exposure while stationed at military installations, whether you are a veteran or a family member of one, you may be entitled to financial compensation through a VA claim.

Being approved to receive VA claims can be a financial lifesaver for those who find themselves suffering from breast cancer or another severe condition. To initiate the legal process, you will have to send our experienced attorneys your military records, which you must retrieve, and your medical records.

We can help you with all aspects of your claim, whether you automatically qualify or you need to produce other evidence connecting your condition to your time on active duty. Healthcare reimbursements are also available for family members who lived on the base with their spouses or children born to parents who lived on the base.