Kidney cancer due to toxic exposure on military bases 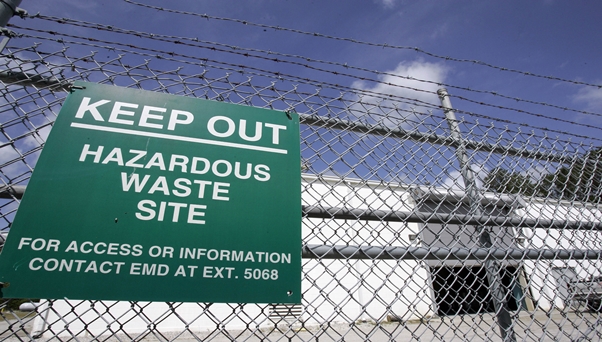 If you were stationed at a federally operated base, station, post, camp, or another facility either alone or with your family members, the chances are that you were exposed to certain chemicals that contained high levels of toxicity. These chemicals have been linked to several types of cancer, including kidney cancer.

Several military occupational specialties carry specific, unique risks that increase the chances of exposure to dangerous toxins, such as:

For instance, chemical exposure at one of the Marine Corps' largest bases has been going on for decades. It continues to subject thousands of veterans and their family members to serious health risks. One significant source of contamination was a nearby dry-cleaning business that for years dumped into drains chemicals used in the cleaning process.

In February 2014, the Centers for Disease Control and Prevention issued a report on the health impact of the contaminants found at Camp Lejeune. The report concludes that Lejeune Marines had about a 10 percent higher risk of dying from any type of cancer than the Marines stationed at Camp Pendleton - one of the hundreds of bases under investigation by state and federal authorities for potentially hazardous environmental contamination. In addition, former Camp Lejeune Marines have a 35 percent higher risk of kidney cancer, as mentioned in the report.

The International Agency for Research on Cancer has classified perchloroethylene - one of the most prevalent and health-hazardous contaminants found at Camp Lejeune - as a Group 2A carcinogen, which means that it is probably carcinogenic to humans, based on sufficient evidence for carcinogenicity in experimental animals and limited evidence in humans.

In 2009, a National Research Council committee reviewed the scientific evidence on the association between renal toxicity and exposure to industrial solvents trichloroethylene (TCE) and perchloroethylene (PCE) identified at Camp Lejeune. The report included an in-depth examination of both human and animal studies of the renal toxicity induced by exposure to two solvents, both listed as "carcinogenic to humans":

The U.S. Department of Veterans Affairs has acknowledged that toxic exposure at Camp Lejeune increases the risk of kidney cancer. If you or someone dear has been affected by the environmental contamination at Camp Lejeune, you may be entitled to compensation for past, current, and future medical bills, lost wages, and loss of quality of life. Veterans exposed to toxic agents can also receive free healthcare from the VA medical facilities.

The Caring for Camp Lejeune Families Act of 2012 applies to veterans, former reservists, and former National Guard members who:

Attorneys at Environmental Litigation Group P.C. are handling claims on behalf of those who have kidney cancer who have not yet received medical care or disability benefits from the VA or/and have applied for disability compensation and have been denied. For your free consultation, contact our attorneys online or by phone today.

We advocate for the victims of environmental toxins, assisting them in getting the compensation they deserve. We can help qualifying veterans appeal or reopen their existing disability claims and seek benefits related to exposure to toxic substances on a military base. To determine whether you are eligible for compensation, you will have to send us your military records, which you must retrieve, and your medical records. See other contaminated military bases.