Non-Hodgkin’s lymphoma due to toxic exposure on military bases 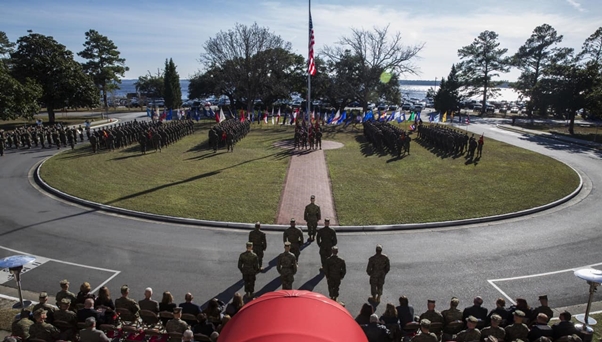 Numerous studies have examined the link between chronic exposure to industrial solvents, benzene, and other chemicals and various diseases among service members stationed at U.S. military facilities. If you were stationed at a military base that was heavily contaminated with these hazardous substances, your risk of developing non-Hodgkin's lymphoma is high.

Several studies concerning the link between exposure to dangerous chemicals and the onset of non-Hodgkin's lymphoma have been conducted in a handful of states. Many scientific experts suspect that the ingestion of harmful substances may be an underlying factor. It does not seem to be a very farfetched idea since hazardous industrial spills and leaks are happening all the time across the country.

Harmful chemicals present at military bases that can greatly increase the risk of developing non-Hodgkin's lymphoma in those who were exposed to, include:

Toxic exposure is responsible for many cancers, including Waldenstrom macroglobulinemia, a type of non-Hodgkin lymphoma

Since the mid-1970s, several epidemiologic studies have suggested an association between exposure to organic contaminants and increased cancer rates. The focus to date has been on chlorinated solvents such as trichloroethylene and perchloroethylene.

Veterans who served at certain military bases in the United States may have been exposed to various chemicals used in regular military tasks. For example, veterans of the Moody Air Force Base, located near Valdosta, Georgia, and their families who lived with them on the base, may face an increased risk of waldenstrom macroglobulinemia and other adverse health effects from prolonged exposure to toxic solvents used in aircraft maintenance, such as acetone, methyl ethyl ketone, methylene chloride, and trichloroethane (TCA).

Veterans who are experiencing shortness of breath, wheezing, or coughing, swollen lymph nodes, which you may detect in your neck, under your chin, in your groin area or armpits, abdominal Swelling, fatigue, and loss of appetite, are encouraged to contact their primary care provider and to file a compensation claim.

If you have non-Hodgkin's lymphoma and believe it might be related to toxic exposure on military bases, we can help you

If you are stationed at a military base, camp, post, station, yard, or center, either alone or with your family members, you may have had contact with dangerous chemicals. We encourage you to contact your family physician regarding any concerns you may have about your health or your family's health. To determine whether you are eligible for compensation as a veteran, our attorneys will request your military records, which you must retrieve, and your medical records.

If you have qualifying service at one of the targeted military bases and a current diagnosis of non-Hodgkin's lymphoma, you may be able to get disability benefits. Contact Environmental Litigation Group P.C. today to learn about your legal right to compensation. Our attorneys are experienced working with veterans and will make sure your rights are protected.