Prostate cancer due to toxic exposure on military bases 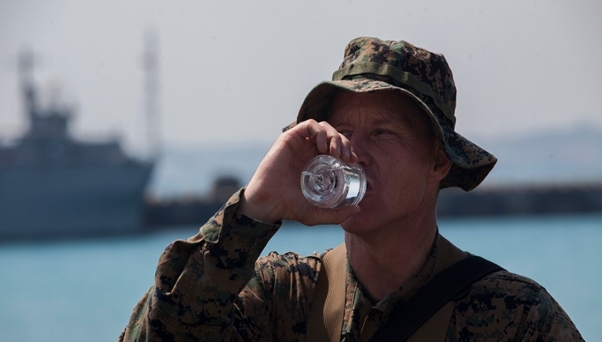 The issue on virtually every military base centers around discharges of hazardous substances derived from military-affiliated activities. The post-exposure effects of heavy metals, flame retardants, and industrial solvents may be associated with changes to the cells in prostate tissue, which can ultimately lead to prostate cancer.

According to the US Department of Defense, over 600 military sites are currently placed on the National Priorities List for clean-up under the Comprehensive Environmental Response, Compensation, and Liability Act (CERCLA).

Veterans who served on military bases in the United States were exposed to several hazardous, persistent, and harmful chemical compounds used in regular military tasks. Chemical contaminants, including elemental mercury, degreasers, dry-cleaning solvents, and flammable liquids at concentrations much higher than the permitted safety standards, were found at hundreds of current and former U.S. military bases.

The toxic substances identified at U.S. military bases can increase the risk of prostate cancer

There are currently several types of research into the causes, prevention, and treatment of prostate cancer, one of the health conditions linked to prolonged exposure to heavy metals, benzene, toluene, xylene, and styrene, chemicals that are present at hundreds of current and former U.S. military bases.

According to a series of studies, exposure to these toxins at a young age may increase the chance of prostate cancer development in adulthood because it may mimic or interfere with certain hormones in the body, such as estrogen. For example, mercury is an important endocrine disruptor that mimics the effect of estrogens and activates the estrogen receptors, leading to cell proliferation changes, thereby contributing to prostate cancer development and progression.

If you were stationed at one of the targeted military facilities and experience the following symptoms, we strongly advise you to seek medical attention immediately, as you may have developed prostate cancer as a consequence of toxic exposure to different types of contaminants while serving on active duty:

Contact us for a review of your case if you have been diagnosed with prostate cancer due to being stationed at one of the targeted military bases.

To qualify for compensation, you must have stationed on a targeted military base for at least one year and subsequently developed prostate cancer.

Environmental Litigation Group P.C. is an experienced law firm dedicated to providing high-quality legal assistance to veterans of the United States Armed Forces. We assisted thousands of veterans from across the country and obtained millions of dollars of compensation on their behalf. Our goal is to be there through every step of the journey to inform and guide you through the complicated claim process. Our case managers are handling claims on behalf of those who have prostate cancer who:

We help service members stationed at contaminated military bases file compensation claims with the military base and the VA. To find out whether you are eligible to file a claim, you have to send our experienced attorneys your military records, which you must retrieve, and your medical records. For further information and support, please contact Environmental Litigation Group, P.C. today.