Also known as the United States Rubber Company, the business was founded in 1892 and specialized in the manufacturing of tires and various synthetic rubber products, as well as a wide range of products for the military, such as explosives and ammunition. The company is headquartered in Naugatuck, Connecticut, where it was originally established. Between 1941 and 1976, Uniroyal Holding used asbestos heavily in the making of fireproof textiles. Unfortunately, the employees who had a job at this company between the 1920s and the 1980s were exposed to asbestos, which is why they need to closely monitor their health today. If you developed a disease related to occupational asbestos exposure and worked at Uniroyal Holding during the last century, please contact our law firm, as you are most likely entitled to financial compensation from the responsible company.

In 1922, the company began producing rubber footwear as a subsidiary of the United States Rubber Company. Four decades later, it was simply known as Uniroyal, the name under which the company hired over 10.000 employees. Without a doubt, the most popular product of Uniroyal Holding was Asbeston, a lightweight lagging cloth that was sold in large amounts to shipyards. It would often be used to repair or cover insulation.

Since it was mostly a producer of tires, which involved the use of rubber, Uniroyal Holding inevitably exposed workers to asbestos, as the mineral was essential in the manufacturing of these products. To make matters worse, the employees were exposed to additional carcinogenic agents on the job regularly, such as:

Some of the processes in the rubber industry that would entail toxic exposure were curing, also known as vulcanizing, calendaring, extruding, inspection and finishing, milling, mixing, and storage and dispatch. Plenty of these processes of manufacturing rubber involved extreme heat, which is why asbestos was the go-to material to prevent burns, fires, and explosions.

Furthermore, in rubber plants, asbestos was often found as pipe insulation to protect against chemicals and intense heat. Asbestos gaskets were used for the sealing of pipes, pumps, and equipment, whereas the building materials in the facilities themselves, such as floor tiles, wall insulation, and ceiling tiles, would also contain asbestos.

Lastly, asbestos exposure would occur in rubber plants from the talc used during the molding process. Talc was often dusted on finished products to facilitate removal from the mold. Nevertheless, talc was nearly always contaminated with asbestos, as the former can be found close to the latter in the soil.

These are the occupational groups that Uniroyal Holding exposed to asbestos during the last century, whether directly or indirectly:

During the heyday of asbestos, the danger of exposure was not confined to industrial settings such as chemical plants, shipyards, construction sites, or textile mills. Not only were residents who lived in close proximity to these facilities at risk for terrible diseases, but the health of the family members of asbestos workers was also at stake. As the workplace did not require employees to change their asbestos-laden clothes before returning home, they would inevitably bring toxic fibers into their households, unwittingly exposing their loved ones. It is estimated that 10% of the people who are now struggling with diseases stemming from asbestos inhalation or ingestion were secondarily exposed to the mineral. Just as individuals who underwent asbestos exposure in industrial facilities, victims of secondary exposure can develop any of the diseases associated with exposure, from asbestosis to mesothelioma.

If you believe your illness is the result of sharing a living space with a Uniroyal Holding, Inc. worker during the last century, please contact our specialized attorneys at your earliest convenience, as we also offer quality legal assistance and representation to victims of secondary asbestos exposure. The only papers you need to bring to your first consultation are your employment and medical records as proof of exposure and, respectively, diagnosis. After a thorough case evaluation, one of our skillful lawyers and their legal team will take over and carefully attend to the most complex aspects of the process on your behalf. Thus, you will have time to continue focusing on your treatment and health. Whether it will be via filing a lawsuit or a claim, we are bound to recover fair compensation for you from Uniroyal Holding, Inc., and hold the company liable for their unethical behavior. Contact us today and we will eagerly come to your aid.

The surviving family members of a worker who developed a disease as a result of occupational asbestos exposure but had not taken legal action during their lifetime are also eligible for compensation. With over 25 years of experience in pursuing compensation for the victims of asbestos exposure and their family members, our attorneys will help you recover the money you deserve on behalf of your loved one. Even if you do not receive the compensation your family member would have obtained if they were alive, the money can help you with costs such as their funeral expenses and their past medical expenses.

While it is very complex, the legal process requires minimal involvement on your part, as the majority of the aspects, such as the claim and the documents which must accompany it, will be efficiently handled by our legal team. If you have a family member who lost their lives to a disease that was caused by workplace asbestos exposure, do not hesitate to contact our law firm for quality legal assistance. It is important to know that, because we work on a contingency fee basis, you will not have to pay anything unless we recover compensation for you.

There were numerous products containing asbestos the employees of Uniroyal Holding would handle and encounter on the job during the last century, such as insulation, talc contaminated with asbestos, gaskets, and pipes. While they were not as heavily exposed to asbestos as, for instance, shipyard workers, they still came in contact with the mineral, which places these people at considerable risk of developing a serious disease. The following are the asbestos products workers at Uniroyal Holding would encounter on the job. 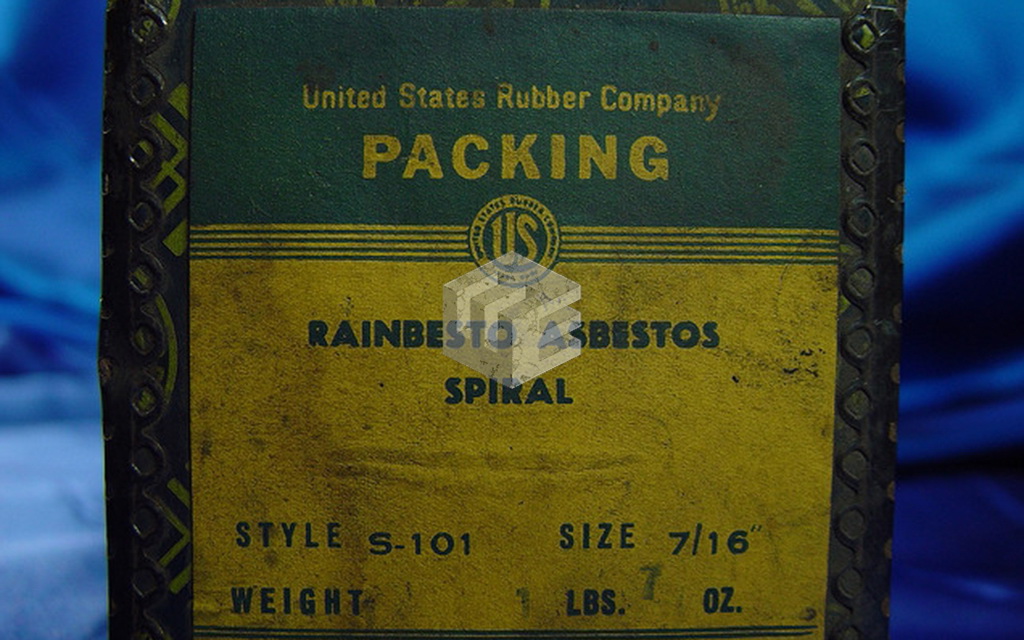 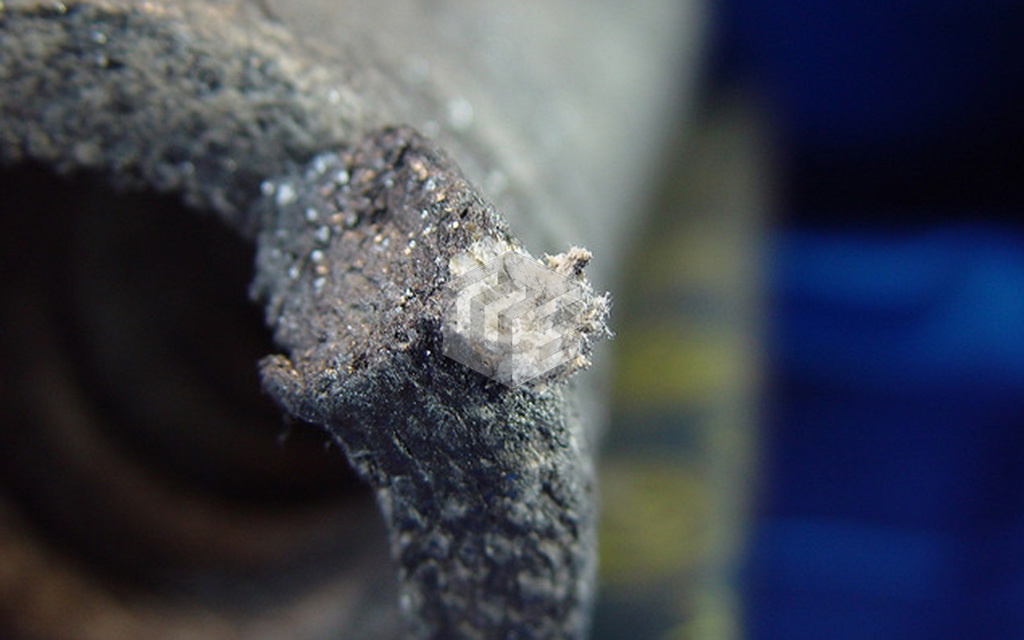 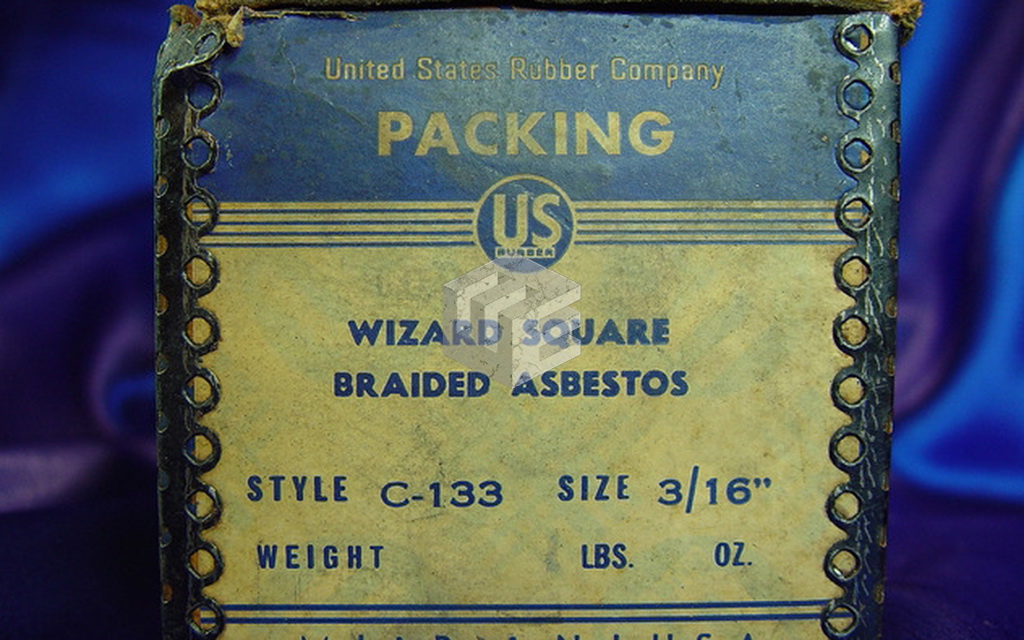