Large quantities of dust were created when the workers had to cut the pipes that were insulated with asbestos-containing materials. This would cause the asbestos fibers to become airborne and pose a threat to the workers’ health. 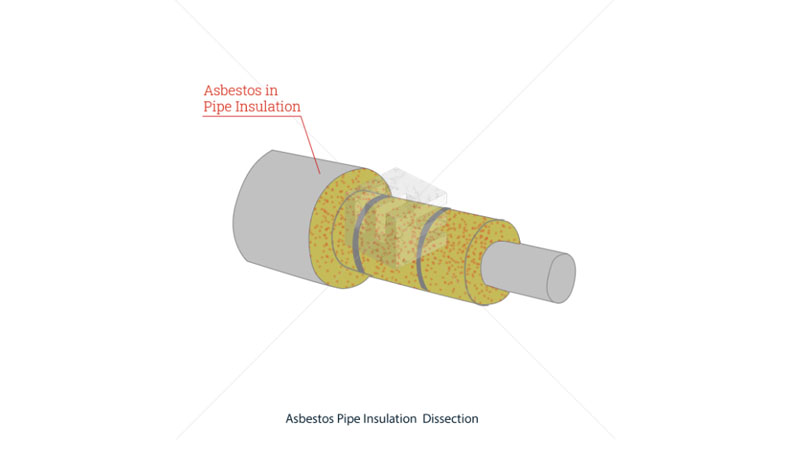 Due to the environment where pipes were installed, insulation was required in order to prevent the pipes from deteriorating. Asbestos was used for most of the 20th century in manufacturing insulation products designed to wrap and protect piping systems found in unfavorable conditions.

The asbestos insulation started to deteriorate with the passing of time, leaving the asbestos fibers in a friable state due to the alternating temperature, from hot to cold. When the workers would interact with the pipes, asbestos particles would spread into the atmosphere, exposing them to the toxicity of asbestos. You could have been exposed if:

Companies liable for manufacturing or use of asbestos pipe insulation

Working with asbestos- insulated pipes for a long time during your profession might be the reason you started to show the symptoms of diseases like mesothelioma or asbestosis. In order to cover your treatment costs, we will file claims against the companies responsible for affecting your health and obtain for you the compensations you are entitled to.