In this industry, asbestos was mainly used for insulating electrical components on planes and other aircraft but its use was extended to brake pads and adhesives. By performing maintenance work around these machines, people were exposed to asbestos fibers when they needed to change damaged wiring or engine components where asbestos was found in a friable state making it easy to crumble and release particles around the workers.

Concerning the brake pads, they suffered extensive damage on the outer layer where asbestos was found and when it was time to replace them, the worker was in direct contact with the asbestos dust gathered there. An additional risk was found when parts glued to the airplane needed to be removed. In this process, the deteriorated adhesives would release microscopic asbestos particles in the worker’s environment.

The diseases related to asbestos exposure were proven to have grim repercussions on the unfortunate people that have worked on these sites. And what’s worse is that the symptoms of diseases like mesothelioma or asbestosis develop in 10 to 40 years and failing to get a proper diagnosis in time leads to fatal results.

Aircraft workers were also present in the military, being responsible for inspecting, servicing, and repairing the equipment of the aircraft. They would troubleshoot and maintain the structure and the engine of aircraft, as well as other components, such as weapons and electronic warfare. Since numerous aircraft components were manufactured with asbestos before 1980, people who served in the military are now at high risk of developing a serious disease as a result of exposure. For this reason, we strongly advise veterans to undergo periodical medical examination, as they may unknowingly struggle with a disease such as asbestosis, lung cancer, or pulmonary fibrosis. Veterans who served in the U.S. Air Force and the Navy were inevitably exposed to asbestos between 1920 and 1980.

The aerospace industry has been using asbestos extensively up until the 1980s for its remarkable resistance to high temperatures, electricity, and friction, as well as for the mineral’s durability and sound absorption properties. Aircraft workers were exposed to asbestos by interacting with components such as torque valves, electrical wiring, brakes, gaskets, and cockpit heating systems. When these products were being repaired, fibers of asbestos would be released into the air due to friction. Additionally, asbestos was incorporated in the adhesives and epoxies which were frequently employed by aircraft mechanics as well. Friable products would also release asbestos fibers when they were disturbed. 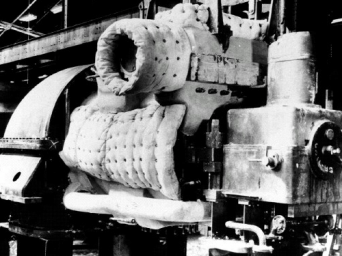 How can we help aircraft workers who were exposed to asbestos?

If you believe that you have been subjected to asbestos exposure in your line of work, get in contact with our team of lawyers so you can get examined in the shortest time possible and see what your legal options are.

Knowing that your health has been affected as an aircraft worker, you can start searching for justice and we are here to help you obtain it. Having extensive experience in similar cases to yours, we will gather the information needed, submit the legal documents and file claims with the asbestos trust funds. Our lawyers will also submit a claim to the VA if your asbestos exposure occurred while serving in the U.S. Air Force.