Home   >   Questions & Answers  >  Who Will Be Held Accountable If I Developed a Disease Following Occupational Asbestos Exposure?

Who Will Be Held Accountable If I Developed a Disease Following Occupational Asbestos Exposure? 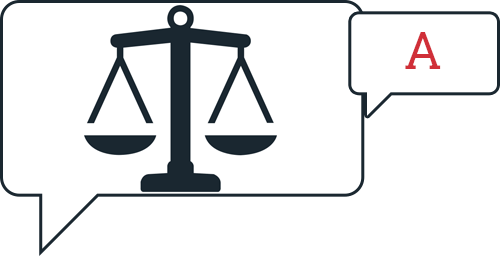 Since asbestos exposure occurred in the workplace, you may think that it is the employer who will be held accountable for victims' terrible diseases. In reality, the issue of liability is much more complex.

So who is, in fact, responsible?

Between 1940 and 1978, over 11 million workers were exposed to asbestos on their jobs. As industrial workers were by far the most heavily exposed occupational group, theys were massively impacted.

Many injured people wonder where their asbestos exposure took place and who is responsible for their suffering. The most common culprits that have been found over recent decades were asbestos manufacturers, employers, distributors, mines, suppliers, and companies who sold asbestos-containing products. Property owners who fail to remove asbestos from the buildings they rent out can also be held accountable if one of the tenants develops a serious illness.

Despite their outrageous attempts to evade responsibility, many asbestos manufacturers had been well-aware of the danger asbestos exposure poses to human health long before the mineral was classified as a carcinogen. Those who were producing automobile components and building materials knowingly exposed both workers and consumers to asbestos. Numerous manufacturers have been found guilty of not warning people with regard to the dangers of asbestos.

Nowadays, employers are required to comply with strict regulations and to keep workers safe by properly informing them about the hazardous nature of asbestos. Nonetheless, the situation has not always been so fair and as a result, the health of many employees was at risk during the last century. Employers, contractors, as well as factories have been found guilty of deliberately allowing workers to handle asbestos-containing products.

However, there are also circumstances when no one is at fault for asbestos exposure which is followed by a life-threatening disease, since asbestos is a natural mineral occurring in the earth. Deposits of asbestos were discovered in many states throughout the U.S. In such cases, there is nobody to blame for asbestos exposure.

Which occupational groups are more likely to be diagnosed with mesothelioma?

Although the use of asbestos has decreased considerably, it is estimated that 1.3 million employees in the U.S. are still exposed to asbestos on the job.

The majority of people who have recently been diagnosed with mesothelioma were exposed to asbestos several decades ago when the mineral was extensively used by numerous industries all across the United States. Approximately 11 million people were exposed to asbestos between 1940 and 1978, most of whom in the workplace. The number of new mesothelioma cases is expected to gradually increase until 2030, as the effects of past asbestos exposure will continue to ensue.

The following occupational groups have the highest risk of developing mesothelioma, as they would be exposed to tremendous concentrations of airborne asbestos fibers on a regular basis and some of them would also handle raw asbestos:

While the occupations above rarely entail a risk of asbestos exposure nowadays, firefighters and demolition workers are two groups of workers who might encounter it on the job, since most old buildings have asbestos in their structure. Fire often produces great damage to asbestos-containing materials and fibers can easily become airborne. Similarly, when a building is being demolished, enormous amounts of asbestos fibers are released in the air. Despite the protective equipment most workers are required to wear, the risk of exposure - although lower than several decades ago - remains.

If you have lung cancer, pulmonary fibrosis, or mesothelioma diagnosis and wonder who is responsible for your condition, the skillful attorneys at Environmental Litigation Group, P.C. can help you identify the culprit and recover proper compensation for your injury. Please call us at 205.328.9200 and we will provide you with quality legal assistance during the entire process.

Do I Need to Join a Class Action Lawsuit if I Want Compensation for Roundup Exposure? »

No, you do not need to join a class-action lawsuit if you want to claim compensation for injuries after using Roundup.