Aqueous film forming foam, commonly known as AFFF, is a type of fire-suppressant foam used for fighting high-hazard flammable liquid fires (Class B). Although AFFF is very effective in extinguishing Class B fires and saving human lives, it has recently been determined to be highly toxic as it contains per- and polyfluoroalkyl substances (PFAS). Increasing scientific and medical evidence back up our medical research team that shows that exposure to PFOA and PFOS - the most well-studied PFAS to date - through AFFF is related to kidney cancer, pancreatic cancer, testicular cancer, bladder cancer, leukemia, lymphoma, neuroendocrine tumors, and prostate cancer. If you suspect that your cancer, or another serious medical condition, was caused by exposure to AFFF, get in touch with our expert attorneys who will help you recover the financial compensation you deserve.

Aqueous film-forming foam, while very effective in extinguishing class B fires, contains a group of dangerous chemicals that are known as PFAS. As a group of artificial chemicals, PFAS were initially manufactured for the Manhattan Project, whose purpose was to create the nuclear bomb for World War II. Fluorine gas, the most reactive and the most electronegative of all the elements, was used to separate uranium for the manufacturing of nuclear bombs. Minnesota is Ground Zero for the contamination with PFAS which is occurring in the entire country. The chemicals are in the blood of everyone by now.

In 1950, the company 3M bought the facility in Minnesota to continue manufacturing PFAS. They also began including PFAS in aqueous film-forming foam, also known as AFFF, which all firefighters have since been using to extinguish class B fires. The company was also selling the chemicals to DuPont, another notorious business that made use of PFAS for the production of Teflon, a non-stick material used for cookware. By virtue of the ability to repel oil, and stains, as well as to withstand temperatures of 1,700 degrees, PFAS soon became a commercial success. However, the chemicals are non-biodegradable and thereby persist in the environment and in the human body once inhaled or ingested, being able to lead to the development of serious diseases such as kidney cancer, leukemia, and pancreatic cancer.

Unsurprisingly, 3M has been aware all along of the devastating effects of exposure to PFAS on the human body, but it chose to subvert science and cover up the scientific evidence supporting the toxicity of the chemicals. In 2000, the company stopped manufacturing PFAS. Nevertheless, before it ceased the production of the chemicals, it has been gaining almost one-half a billion dollars every year from selling PFAS. One piece of evidence that 3M was aware of the toxicity of PFAS from the beginning was the label they gave DuPont when selling the chemicals to the company, label which stated "CANCER: WARNING: Contains a chemical which can cause cancer".

The most studied toxic chemicals in AFFF are perfluorooctane sulfonic acid (PFOS) and perfluorooctanoic acid (PFOA). Originally produced by 3M, these compounds have been used in manufacturing all kinds of chemical products. Although efficient, PFASs have unique properties that cause them to persist, accumulate in the blood and body of people exposed to them, and are also extremely persistent in the environment and likely have toxic effects on human health.

Those most affected by exposure to AFFF are firefighters who worked in:

The U.S. military used AFFF during firefighter training and during emergencies. AFFF containing PFAS has also been used in various ways by the U.S. Navy, and other branches of the military, since 1960.

Therefore, individuals at the greatest risk of harm from AFFF are the firefighters who use it, Air Force personnel who were directly exposed to it, those who manufacture the foam, and people living near military bases where AFFF was used.

What is most concerning about AFFF-impacted sites is the fact that PFASs have contaminated military sites and surrounding communities. In Alabama for example, people are familiar with the Dupont litigation regarding the environmental pollution from the facility manufacturing PFAS.

Recently, more than 40 classes of PFAS were identified at essentially every AFFF-impacted military site that was investigated.

Pending claims allege that the liable companies have each designed, manufactured, and distributed AFFF containing PFAS in such a way as to cause the contamination and the resultant bioaccumulation of PFAS in the blood and body of many individuals. AFFFs containing PFAS have contaminated the soil at various military bases, airports, and other sites where the foams were used, eventually causing a wide range of health risks, property damage, and/or other economic losses.

If you, or a loved one, have been harmed by exposure to the PFAS in the fire suppressant AFFF, and later diagnosed with kidney cancer, pancreatic cancer, testicular cancer, bladder cancer, leukemia, lymphoma, neuroendocrine tumors, and prostate cancer you have the right to hold the manufacturers accountable for the harm they caused and receive compensation for your injuries. While no amount of money can erase the pain you suffer, the compensation can ease the financial burdens associated with the injury and potentially hold the negligent entity responsible for its actions. Environmental Litigation Group P.C. has filed a number of personal injury claims to fight for victims of AFFF contamination. Our knowledgeable, dedicated lawyers have experience with all types of environmental toxic exposure cases. Our firm serves on the Plaintiffs Executive Committee for the nationwide litigation and is heavily involved in working with other lawyers from around the country.

Health organizations such as The Centers for Disease Control and Prevention (CDC), American Cancer Society (ACS) and U.S. Environment Protection Agency (EPA) have found that certain PFAS may affect the immune system and increase the risk of cancer. Our industrial hygienists and medical research team came to the same conclusion. The EPA has classified the chemicals in the foam products as 'emerging contaminants', meaning that the health hazards and environmental risks associated with AFFF are significant.

Recently, the International Agency for Research on Cancer (IARC) classified PFOA as a "possible carcinogenic to humans", based on evidence of bladder cancer from studies in factory workers exposed to PFOA. Cancers associated with exposure to AFFF include:

Firefighters were never told about the health consequences of AFFF and no one made much effort to stop it from escaping into the environment. After years of exposure, PFAS contaminated and accumulated in the blood and body of many firefighters, family members, and people living near military bases in the states where AFFF was used.

As a result of the exposure to AFFF containing PFAS and the accumulation of these toxic chemicals in their blood, many people have developed cancers, especially testicular cancer. International studies on firefighters confirmed that they are at increased risk of testicular cancer, which can even be considered an occupational disease for firefighters. Besides accumulating in the blood of exposed individuals, these man-made chemicals accumulate throughout life especially in the liver and kidneys, increasing the risk of getting cancer and other serious diseases.

Holding manufacturers responsible for harms caused by their products 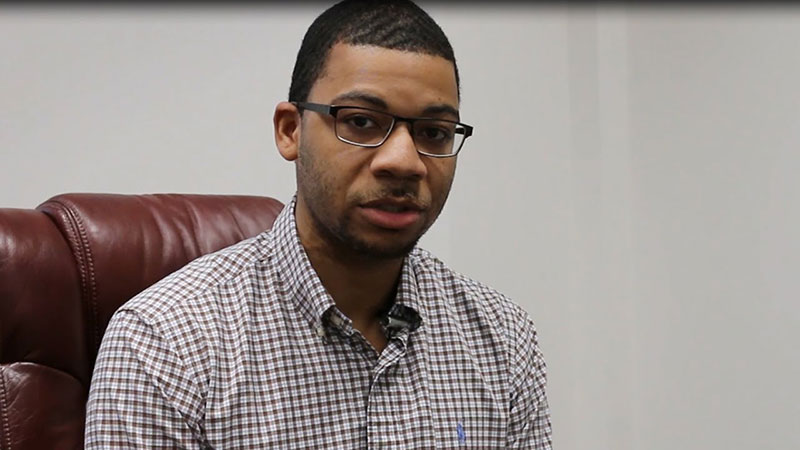 When a product is designed and marketed as a safe one, the last thing it should do is harm you. But when a manufacturer misrepresents the safety of its products, this raises the question of whether the manufacturer tested the product appropriately or knowingly released it to the public with a defect.

Regarding AFFF foam products, it seems that chemical manufacturers deliberately ignored evidence of the harmful effects resulting from exposure to toxic chemicals on the health of military personnel, firefighters, private citizens, and the environment.

The AFFF products were designed, marketed, manufactured, distributed, and sold by one or more of the following companies named as defendants in current legal processes:

3M and the other chemical companies are currently facing a growing number of personal injury claims over chemical-based firefighting foam sold for more than 50 years and used extensively at U.S. military bases, airports, and other industrial sites around the country. In order to protect our environment and ensure the restoration of damaged natural resources, we must hold responsible the manufacturers who knew of the dangers of these products.

PFAS Contamination in the United States

The pulsating dots on the map are clickable and show PFAS contamination on military bases, municipal water wells, private water wells, and groundwater.

The U.S. Department of Veterans Affairs has accepted that veterans may have been affected by exposure to PFOS and PFOA. The department has added the chemicals to its list of possible toxic military exposures and asks veterans to report any health problems associated with exposure to the fire-fighting foam in military facilities. If you are a veteran who has experienced one of the conditions mentioned above and feel you were exposed to AFFF at one of the bases listed on the Pentagon’s report, you may be eligible for compensation from the VA or from the manufacturer of the product. If you have been harmed by toxic AFFF exposure give us a call to discuss your legal options.

Who will be held liable for AFFF exposure? »

The companies which manufactured the AFFF will be held liable in a toxic exposure lawsuit, as they are directly responsible for the disease the plaintiff developed, which can be kidney cancer, bladder cancer or another malignant disease.

The duration of the legal process in cases of AFFF exposure can range between several months to one year, depending on how many companies are responsible for your exposure, as well as on the severity of your diagnosis.