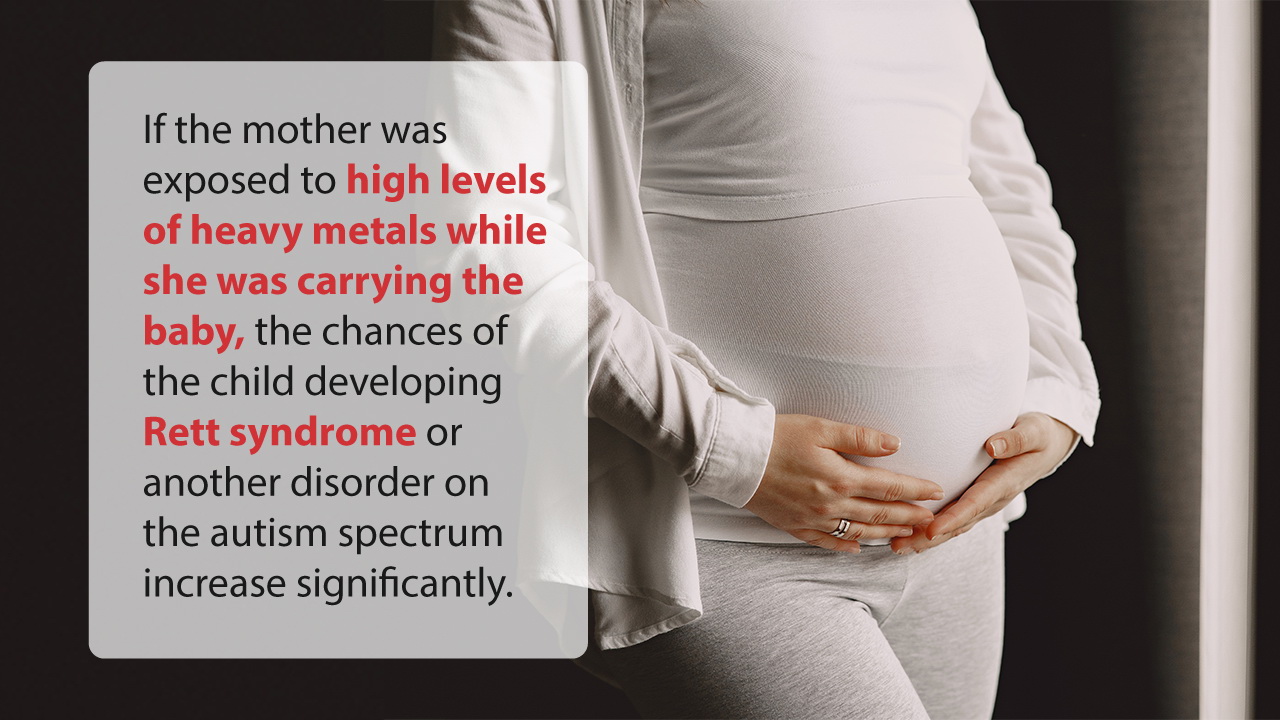 Primarily occurring in females, Rett syndrome is a rare genetic developmental and neurological disorder affecting the way the brain functions. It causes a progressive loss of speech and motor skills. The majority of people with Rett syndrome live until their 40s or 50s. Approximately 1 in 10,000 girls have this disorder worldwide. Individuals who are going to have this condition have normal psychomotor development during their first 6 to 18 months of life, which is followed by a developmental plateau. Afterward, a fast regression in language and motor skills occurs. However, a lesser-known factor that may contribute to the occurrence of Rett syndrome is exposure to heavy metals from baby food. Consequently, if you fed your child toxic baby food and they came to suffer from Rett syndrome, you should give our legal team a call, as you are most likely entitled to compensation from the liable companies.

It is important to note that although Rett syndrome is defined as a genetic disorder, less than 1% of cases occur because there are gene mutations inherited or passed on from parents [1]. The majority of cases are, in fact, sporadic, meaning that the mutation in the MECP2 gene occurs randomly. This gene is in charge of providing instruction for the making of a protein necessary for the normal development of the nervous system. When a mutation affects it, it will change the structure of the protein, or the gene will release too little protein. In the United States, Rett syndrome is estimated to occur in 1 out of 22,000 females [2], which means that it is even rarer than on a worldwide scale.

Disorders on the autism spectrum are the consequence of genetic factors in less than one-third of cases, according to a recent study from the Journal of Heavy Metal Toxicity and Diseases [3]. This means that environmental factors are primarily responsible for the occurrence of these conditions, including Rett syndrome. A risk factor for this disorder is exposure to heavy metals from baby food [4]. The most dangerous heavy metals, which are also neurotoxins, are cadmium, arsenic, mercury, and lead. Multiple reputable medical studies found lead to have a strong connection with autism spectrum disorders, as it is the most harmful heavy metal to developing children.

Interestingly, if the mother was exposed to high levels of heavy metals while she was carrying the baby, the chances of the child developing Rett syndrome or another disorder on the autism spectrum increase significantly. The mother may have been exposed to heavy metals from sources such as the following [5]:

While there is no conclusive evidence that Rett syndrome is the direct result of exposure to heavy metals from baby food, it seems that this is a contributing factor to its development. At the moment, the link between the presence of excess heavy metals in the bodies of children and autism spectrum disorders is widely discussed in the medical world, along with accumulating evidence.

A study from the medical journal Neurosciences [6] lists the heavy metal concentrations found in the hair of children with Rett syndrome as follows:

This serves as proof that lead has the most devastating effect on the nervous system of developing children, as the concentration of this heavy metal in the hair samples is significant, meaning that it is likely to be a contributing factor. If your child developed Rett syndrome after they had been fed baby food with dangerous concentrations of heavy metals, particularly lead, we highly suggest you contact our law firm, as we can help you get the sum of money you are entitled to for the suffering of your child.

Since 1990, we have been offering superior legal assistance to people injured by toxic agents and faulty products or drugs. We have everything it takes to provide you with the help you need to obtain the maximum compensation possible on behalf of your child if they came to struggle with Rett syndrome after having been fed baby food containing heavy metals. To initiate the legal process, all you have to do is call us and explain your situation in detail. Subsequently, we will ask you for some basic documents as evidence.

Afterward, our lawyers will assess your circumstances to determine whether you meet the criteria to file a toxic baby food claim. If you do, they will promptly begin preparing your claim for submission, while our legal experts will gather more proof from our database to support it. In the end, you will receive the largest sum of money you are entitled to from all the companies responsible for selling baby food without checking the levels of heavy metals in the products.