Have Toyota 4Runners with frame rusting issues been recalled?

Surprisingly, despite receiving numerous complaints from 4Runners owners concerning the premature rusting of the frame of the vehicle, Toyota Motor Corporation claims innocence and has not issued a recall on the defective automobiles. 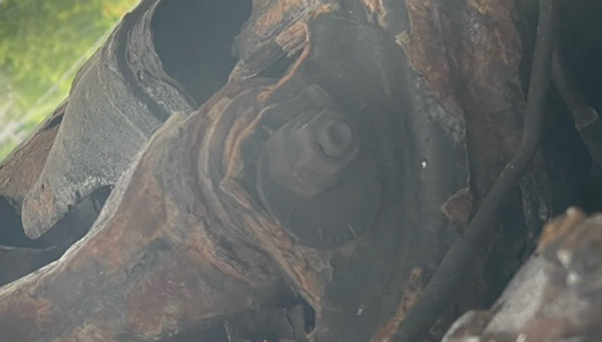 When it was found that the frames of Toyota 4Runners manufactured between 2003 and 2009 are prone to premature rust corrosion, this issue also reached the ears of the National Highway Traffic Safety Administration.

As a result, the agency promptly took action and began investigating a series of Toyota 4Runners released during that period of time.

The following are some of the findings of the National Highway Traffic Safety Administration concerning Toyota 4Runners from each year from that period of time. However, you may wonder why they mention recalls. It is important to know that there are multiple types of vehicle recalls, and these refer to Technical Service Bulletins.

While there is no voluntary recall coming from Toyota Motor Corporation on their defective 4Runners, there is a federal class-action lawsuit against the company, which more and more defective vehicle owners are joining with each passing month. Even though company representatives refused to speak about the issue of premature rusting, they agreed to solve the problem through a settlement. Toyota Motor Corporation will be held liable for knowingly putting on the market defective vehicles and for failure to warn consumers.

Our law firm has been offering legal assistance to people who owned or were injured by defective products for nearly 30 years. If the frame of your Toyota 4Runner has become rusted and poses a danger to you and your passengers when you are driving, we highly advise you to contact our skilled legal team, who will carefully assess your case and file a claim with the company for you.

The only things we will need from you are several photos of your rusted Toyota 4Runner frame, and if you went through a car accident due to the vehicle’s frame defect, your medical records. Eventually, you will obtain the money necessary to have the undercarriage of your automobile replaced by Toyota, as well as financial compensation to cover your medical expenses if you experienced a car accident.

How much do I need to pay to have my Toyota 4Runner repaired if it has rusting issues? »

Is there a lawsuit involving defective Toyota 4Runners? »

What issues do Toyota 4Runners have? »

Which Toyota 4Runners have rust issues? »

Why do Toyota 4Runners have frame rusting issues? »

Will I recover compensation if the frame rusting problem of my Toyota 4Runner caused a car accident? »

Will Toyota fix the rust issue on the frame of my 4Runner? »