How do the chemicals in hair relaxers cause cancer? 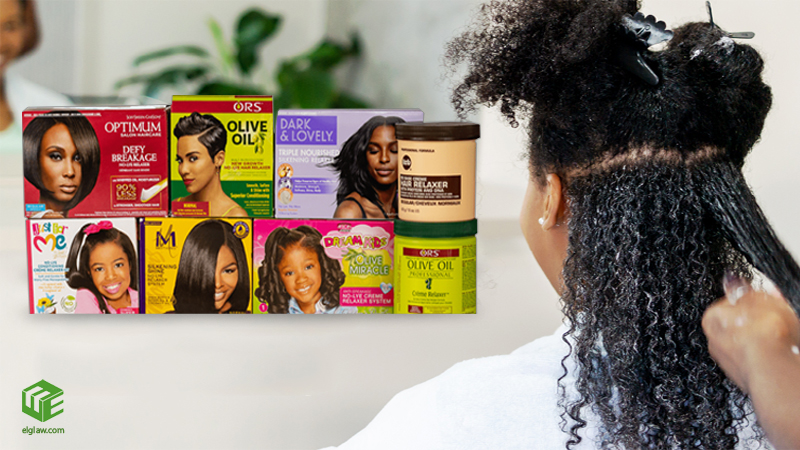 As exogenous chemicals, meaning they originate from outside the body, endocrine disruptors can impair the function of the endocrine system due to their interaction with estrogen receptors or their estrogen signaling pathways. Consequently, they can induce adverse effects in the normal development of the reproductive organs, such as the uterus and ovaries. These chemicals are involved in carcinogenesis, the formation of cancer, whereby healthy cells turn into malignant cells.

It is worthy of note that a low dose exposure to endocrine disruptors over a prolonged time and to a combination of multiple of these chemicals is of greater concern than a sudden high dose exposure. This is because these chemicals accumulate in the body, insidiously causing damage. Since most Black women, who are the main hair relaxer consumers, start using these harmful products at a very early age, they have a significantly higher cancer risk later in life.

While endocrine disruptors are usually thought of as chemicals that mimic the effect of natural hormones in the body, particularly estrogen, this is just one mechanism by which they cause cancer. Other mechanisms involved in carcinogenesis include:

It is important to mention that the impact of endocrine disruptors and their ability to result in uterine or ovarian cancer can vary depending on the age of the woman and even changes in the season or time of day that exposure occurs. The exact relationship between endocrine-disrupting chemicals and cancer is still unknown, and we may never find out how important they are in the cause or progression of cancer. More research has to be done to determine the role of endocrine disruptors in carcinogenesis.

If you have been using chemical hair relaxers and now have a diagnosis of uterine cancer, endometriosis, or ovarian cancer, we strongly encourage you to contact our law firm, which specializes in toxic exposure and defective product cases. Our attorneys, who have three decades of experience, will help you determine whether you qualify to file a toxic hair relaxer claim. The only documents we will need from you are your medical records and proof of your use of hair relaxers, such as receipts or hair salon bills.

Because we know how overwhelming struggling with such a terrible disease can be, our compassionate legal team will make sure your involvement in the process will be minimal, and they will gladly take care of the most complex aspects on your behalf. If you feel too ill to participate in the legal process, a trusted family member can step in and help you. Lastly, it is important to note that we work on a contingency fee basis, meaning you will not have to pay anything out of pocket unless we obtain compensation for you.

Are there any benefits I can get for endometriosis caused by hair relaxers? »

Can you file a claim for endometriosis caused by hair relaxers? »

How do I reduce my uterine cancer risk from hair relaxers? »

Is endometriosis caused by hair relaxers considered a disability? »

What are other risk factors for endometriosis besides using hair relaxers? »