What is the Camp Lejeune Justice Act?

Introduced by politician and lawyer Matthew Cartwright on January 25, 2022, the Camp Lejeune Justice Act is a bill proposing to allow certain individuals to recover damages for harm from drinking contaminated water at Camp Lejeune between August 1, 1953, and December 31, 1987. 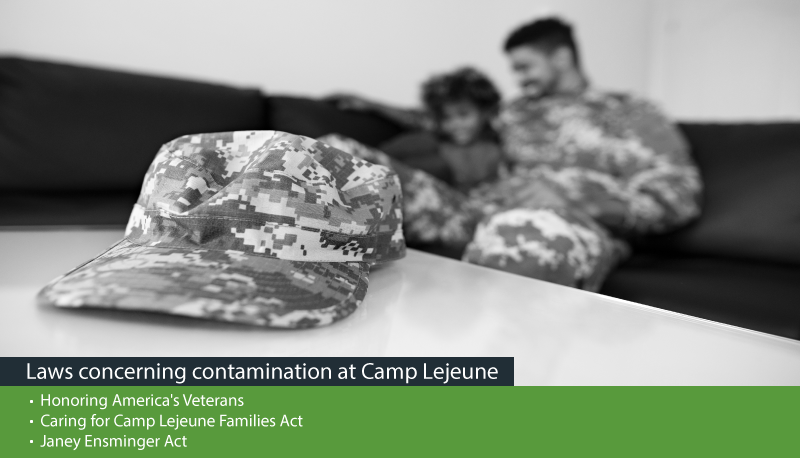 This bill was first introduced by Representative Matthew Cartwright on March 26, 2021. It was referred to the Subcommittee on the Constitution, Civil Rights, and Civil Liberties. Subsequently, the Camp Lejeune Justice Act was re-introduced on January 25, 2022, and it was referred to the House Committee on the Judiciary. On June 16, the U.S. Senate voted to pass the Camp Lejeune Justice Act, and on August 11, the bill was signed into law by President Joe Biden.

The bill's main purpose is to establish a cause of action for those harmed by water contamination at Camp Lejeune, North Carolina. Furthermore, the Camp Lejeune Justice Act will:

To put it simply, the Camp Lejeune Justice Act, bill number H.R. 2192, allows those affected by living and working at the military base to exercise their constitutional right to legal action against the U.S. government for toxic exposure on the site. By virtue of this bill, veterans, family members, caretakers, and civilians who lived and worked at Camp Lejeune can now seek justice outside the VA.

Contact our law firm to benefit from specialized legal assistance

If you have been stationed at Camp Lejeune, either as a military member or a family member of one, and developed a disease that might be related to toxic exposure, we encourage you to get in touch with our experienced and resourceful attorneys. Our law firm has been dedicated to assisting toxic exposure victims for over two decades, and many of our clients are veterans. Therefore, we are well aware that most veterans who became victims of toxic exposure require plenty of time to focus on their health and treatment, so we will strive to make the legal process as simple as possible.

What we will need from you if you are a veteran are your military records, which you must retrieve, and your medical records. These documents are necessary so that our attorneys can assess your case and determine whether you are eligible to file a Camp Lejeune toxic water claim or lawsuit or a VA claim. If you are, they will begin working on your claim as soon as possible, and, eventually, you may receive the financial compensation you are entitled to for your unjust suffering. Choosing our services is free of charge unless we obtain money on your behalf, as we work on a contingency fee basis.