What toxic substances are in AFFF? 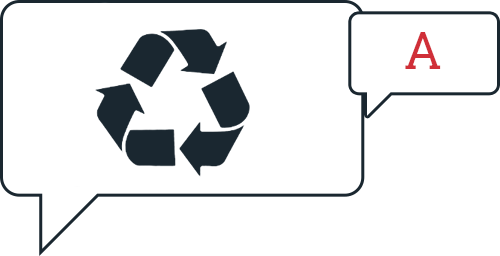 AFFF contains two groups of toxic chemicals, namely PFOS and PFOA, exposure to which can result in terrible diseases such as kidney cancer, bladder cancer, and pancreatic cancer.

There are two groups of toxic chemicals present in AFFF, exposure to which can lead to terrible diseases

Aqueous film-forming foam, commonly known as AFFF, has been used since 1970 to extinguish petroleum and jet fuel fires. While it is very effective, it contains two groups of chemicals which are known carcinogens, namely PFOS and PFOA. Thereby, prolonged exposure to AFFF can result in the development of serious diseases, such as kidney cancer, prostate cancer, and bladder cancer. PFOS, scientifically known as perfluorooctanesulfonic acid, is a chemical which persists in the environment once released, polluting the soil, air, and water, whereas PFOA, scientifically known as perfluorooctanoic acid, is also very persistent in the environment and poses a great danger to human life if exposure occurs over the course of several years. However, PFOS and PFOA are not present only in AFFF, as they can also be found in drinking water, food packaging, dust, non-stick cookware, and metal plating. Nevertheless, PFOS and PFOA are present in large amounts in AFFF, which is the main culprit behind various forms of cancer.

Our attorneys, who specialize in pursuing compensation for the victims of toxic exposure, will provide you with quality legal assistance if you are a firefighter or a person who serves in the military and developed a form of cancer as a consequence of exposure to AFFF. After you thoroughly explain your situation to our legal team, your attorney will promptly begin working on your case, while our legal experts will gather additional evidence to support it. Your involvement in the legal process will be minimal, as you will only have to grant our legal team access to your employment or military records, as well as to your medical records, which need to state that your disease is the result of exposure to PFOS and PFOA. Eventually, you will recover the compensation you deserve for your injury. It is worthy of note that, unless we obtain compensation for you, you do not have to pay us anything, as we work on a contingency fee basis.

While there are currently no regulations concerning exposure to PFOS and PFOA from AFFF, the Environmental Protection Agency is working to remediate the issue, as it compiled a list of contaminants which includes PFOS and PFOA.

The most accurate method to determine whether you have been exposed to chemicals is environmental monitoring, which is done by measuring the concentration of a chemical in the air and the duration of exposure to it.

Approximately 20% of the firefighters who are regularly exposed to AFFF come to struggle with a form of cancer, whether their exposure occurred on the job or while serving in the military.

Factors affecting compensation depend on the severity and circumstances of the exposure. Diagnosis of the condition associated with AFFF exposure is one of the primary factors used to start the case.

Who is at high risk of exposure to AFFF? »

While exposure to the PFOS and PFOA in AFFF is never safe, firefighters and military personnel who regularly use it are at the highest risk of developing a related disease, such as bladder cancer.